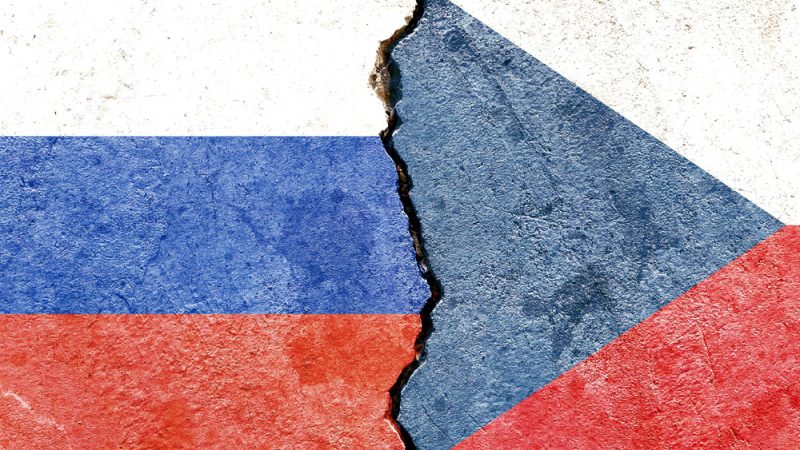 “The staff of our embassy in Moscow have been the target of gross harassment by the Russian authorities,” Czech Foreign Ministry spokeswoman Lenka Do said on Saturday (26 March). [Shutterstock/helloRuby]

Czech Foreign Ministry summoned the Russian Ambassador Alexandr Zmejevskij to Prague to protest against the unacceptable behaviour of authorities in Moscow. According to the Ministry, Czech diplomats are facing severe harassment.

“The staff of our embassy in Moscow have been the target of gross harassment by the Russian authorities,” Czech Foreign Ministry spokeswoman Lenka Do said on Saturday (26 March).

“We will not give details for security reasons, but we appeal to the Russian side to respect the Vienna Convention on Diplomatic Relations,” she added.

Zmejevskij has been the Russian ambassador to Prague since 2016. Before that, he served as President Vladimir Putin’s advisor on international cooperation in the fight against terrorism and transnational organised crime. In the past, he has made several critical statements about the Czech Republic.

Prime Minister Petr Fiala told Czech Television that Russia’s treatment of Czech diplomats is unacceptable. Prague has so far applied strict sanctions against Russia, which goes beyond the common European response. For example, the Czech Republic is no longer issuing visas for Russian citizens, except for humanitarian cases.

“We have reduced diplomatic contacts to a bare minimum, and we will consider further measures. I will not rule out or confirm anything,” the Czech prime minister said.

Meanwhile, Czech authorities are stepping up the fight against Russian oligarchs with assets in the country. “Hundreds of millions of Czech crowns have already been frozen, and we will continue to do so,” Fiala said.

However, the current legislation needs to be changed because the Czech authorities face administrative barriers while detecting and freezing Russian assets.