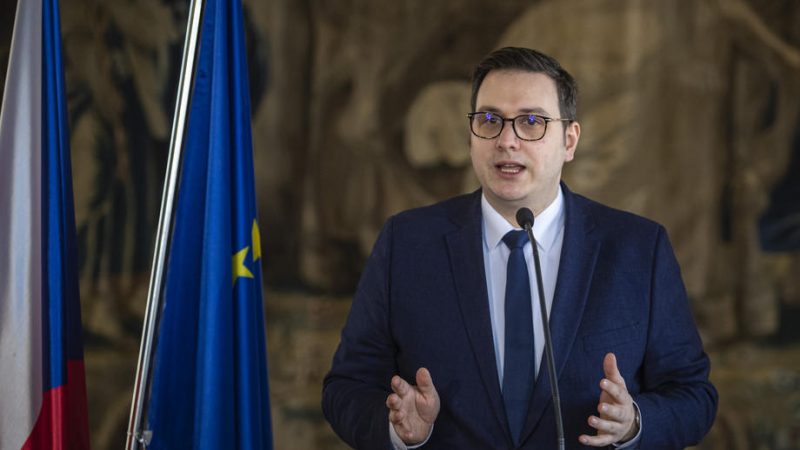 The Czech foreign ministry confirmed that the country received a warning from Russian authorities and was explicitly told that the Czech Republic was banned from sending former Soviet equipment to Ukraine. [EPA-EFE/MARTIN DIVISEK]

Russia’s demand to stop arms exports to Ukraine does not make any sense, the Czech foreign ministry said after Russia told the Czech Republic in a diplomatic note that they were banned from sending weapons to Ukraine.

In a diplomatic note, Russia formally warned Western states that their arms supplies to Ukraine were fuelling the conflict between Ukraine and Russia and could bring “unforeseen consequences”.

The Czech foreign ministry confirmed that the country received a warning from Russian authorities and was explicitly told that the Czech Republic was banned from sending former Soviet equipment to Ukraine.

However, according to Foreign Minister Jan Lipavský, the note is not even worth answering.

“The MFA has received a note that we are supposedly not allowed to provide weapons of Soviet provenance to third countries without Russia’s permission. The MFA did not and will not respond to this note, given that it is factual nonsense and that there is no re-export clause for this material,” Lipavský told Czech News Agency.

Asked on Twitter whether the ministry should not respond to Russia with a “go f*ck yourself” – a message made famous during the Russian attack on Snake Island in Ukraine by local border guards – Lipavský responded by saying, “we can, but we are saving paper.”

“In general, Russia is trying to dissuade Western countries from helping Ukraine by threats, blackmail and spreading disinformation. In this case, Moscow claims that the Czech Republic cannot export former Soviet equipment without Russia’s consent. It is nonsense, just another brazen and embarrassing attempt,” Defence Minister Jana Černochová said.

The Czech’s have provided weapons and other military material to Ukraine worth over €45 million. For security reasons, it is not clear which arms the country sends to Ukraine, however, they include tanks and rocket launchers.