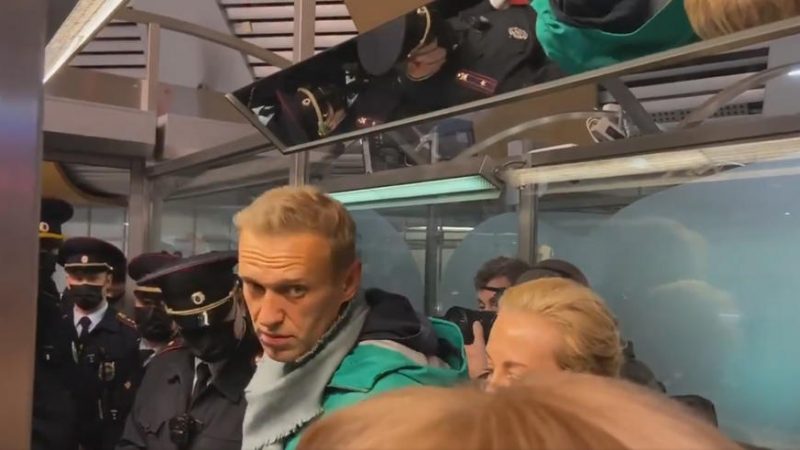 “I will seek to address this at the next meeting of the EU Foreign Affairs Council. I will propose a discussion on possible sanctions,” Czech FM added. [EPA-EFE/KIRA YARMYSH]

“The arrest of Navalny is politically motivated. He was detained for his views, not for what he was formally accused of. The Russian regime is thereby violating international human rights treaties,” Petříček said on Sunday after Navalny – who had recovered from the Novichok nerve agent attack in Germany – was detained upon his arrival to Russia.

“I will seek to address this at the next meeting of the EU Foreign Affairs Council. I will propose a discussion on possible sanctions,” Petříček added.

Prime Minister Andrej Babiš (Renew) joined Petříček, saying that “Russia is getting further away from the fellowship of democratic states” and confirming that the issue will be discussed at the EU level.

Navalny himself asked the EU to impose sanctions on Russian oligarchs, including Chelsea football club owner Roman Abramovich and renowned international investor Alisher Usmanov. Back in October, the EU had already imposed sanctions on six Russian officials but did not list the suggested oligarchs.

MEPs of the EPP, Renew Europe, and Greens/EFA have already requested a debate and resolution to be added to the agenda of this week’s plenary meeting in the European Parliament.  (Aneta Zachová | EURACTIV.cz)