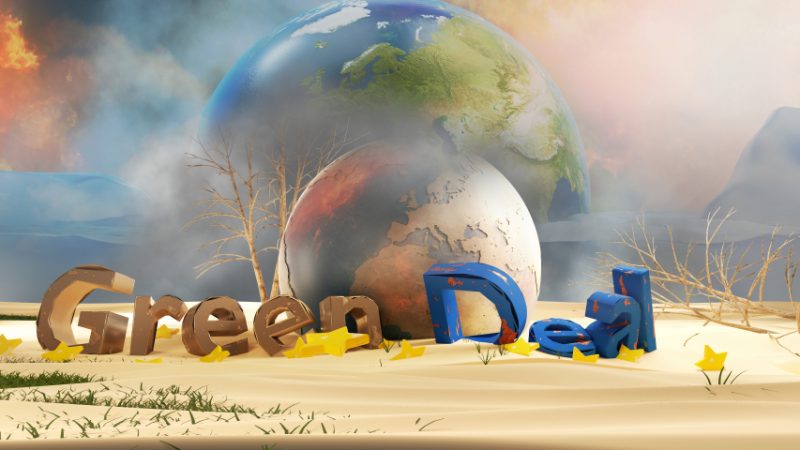 According to industry representatives, however, Czechia will be among the EU’s countries to be most impacted by the Green Deal and the bloc’s climate neutrality goal. [Shutterstock/Wetzkaz Graphics]

Deputy Prime Minister Karel Havlíček on Monday announced the establishment of a new government commission that will be tasked with calculating the European Green Deal’s impact on the Czech Republic.

The decision to establish a new Green Deal commission, which was inspired by the previous “coal commission” whose task was to set the date of the coal phase-out, came after Havlíček met with employers and trade unions representatives who said the EU Commission had not provided any impact studies on the deal’s effect on individual member states.

According to industry representatives, however, Czechia will be among the EU’s countries to be most impacted by the Green Deal and the bloc’s climate neutrality goal.

According to last year’s McKinsey study, achieving climate neutrality by 2050 is realistic for Czechia, but would require investment of €150 billion. The country would have to shut down coal-fired power stations and put new nuclear power plant units into operation.

Massively investing in renewable energy sources would also be one of the keys to success. The Czech government relies on EU funding, including EU cohesion funds, Just Transition Fund or a newly established Modernisation fund.

In total, Czechia should receive around €37 billion in the next programming period, including €21 billion from cohesion funds, while 30% of the EU expenditure should be allocated to climate protection. (Aneta Zachová | EURACTIV.cz)