Czech government to push through own Magnitsky Act 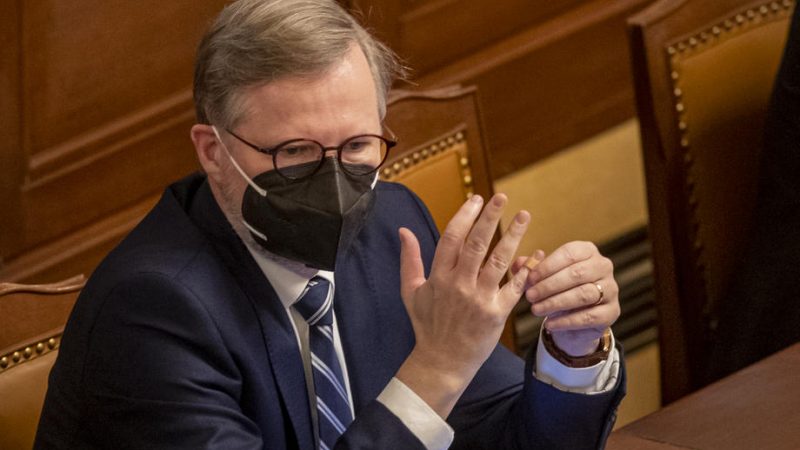 Czech government led by conservative Prime Minister Petr Fiala (ODS, ECR) has eased restrictions to the minimum – coming under fire for its proposed amendment to the Pandemic Law. [EPA-EFE/MARTIN DIVISEK]

The new five-party governing coalition wants to propose its own Magnitsky Act, Czech Prime Minister Petr Fiala (ODS, ECR) announced in his speech ahead of the parliament’s confidence vote. The Magnitsky Act, based on legislation introduced first in the US, enables the government to impose sanctions against foreign officials who abuse human rights.

“By the end of 2023, we will submit to this parliament for approval a law sanctioning gross violations of human rights, which is known as the Magnitsky Act,” Fiala said. “We are convinced that this will be a clear signal of what our government wants to pursue in foreign policy,” he added.

Sergei Magnitsky was a Russian lawyer arrested in 2008 after alleging that Russian officials were involved in large-scale tax fraud. Magnitsky died in a Moscow prison in 2009 after complaining of mistreatment.

The EU also has a relatively new sanctions regime that allows it to impose sanctions quickly on specific individuals anywhere in the world, freezing their assets in the bloc, and banning them from entry.

In its policy programme, the new Czech government, formed by the conservative Civic Democrats (ECR), Christian Democrats, TOP 09, Mayors and Independents (all three are EPP) and Pirates (Greens), promised a revival of the value-oriented foreign policy promoted by former Czech President Václav Havel.

Fiala also emphasised a need for action in security and defence.

“We are all watching the deteriorating security situation. We cannot turn a blind eye to it. For example, the current situation on Ukraine’s eastern borders shows how important it is to protect our external security and that we cannot give up its defence,” he said.

The new government also wants to improve the Czech image as it was damaged by the populist leadership of former PM Andrej Babiš.

“The EU Presidency that lies ahead of us in the second half of this year will bring the Czech Republic a unique opportunity to restore our country’s reputation as a reliable and respected partner at the international level. A reputation that we have not really maintained in all respects in recent years,” Fiala told Czech lawmakers.