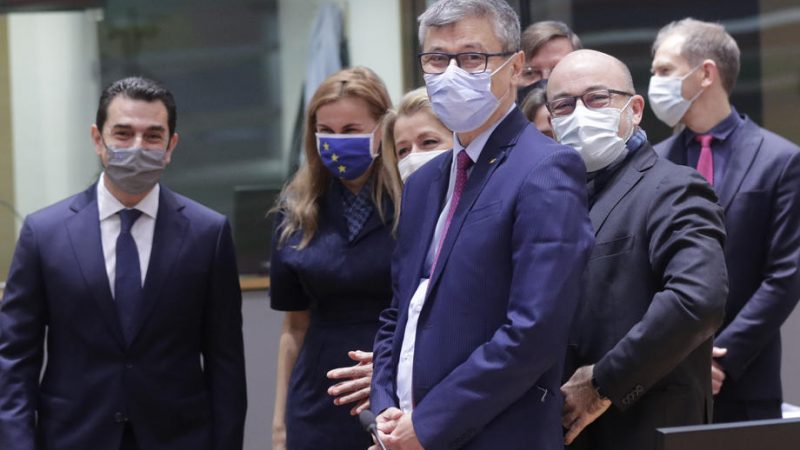 Czechia has called on the EU to solve the soaring prices of emission trading system (ETS) allowances. “We have to be sufficiently hard on the EU,” outgoing Czech Energy Minister Karel Havlíček said.

According to Havlíček, Czechia could support Poland’s position. On Thursday (9 December), the Polish parliament passed a resolution calling the EU to suspend and reform the ETS system. This week, Polish Prime Minister Mateusz Morawiecki will get a chance to push the agenda forward during the European Council summit on 16 December.

“The market is unbearable,” Havlíček told Czech Television on Sunday. “I would support them (Poland), I would escalate it (the discussion), so at the end, the solution could be a return of 400 million allowances to the ETS market,” Havlíček admitted.

According to the Czech government, the return of 400 million allowances could stabilise prices.

“About a half of the countries back this radical solution, and a half does not agree with it,” Havlíček said.

The price of ETS allowances reached more than €90 per tonne of carbon dioxide, causing headaches to Czech, Polish and other Central and Eastern European industries. According to analysts, by the end of the year, the price could reach €100.

Poland warned that it might withdraw from it unless the EU changes the trading system. “The market is simply defenceless against speculative manipulations. It is the main reason why today it is stunning its participants with prodigiously high prices of allowances, which any of the European institutions have not predicted,” Poland’s Minister for European affairs Konrad Szymański said on Friday.

While Czechia agrees with this criticism, it has no intention to withdraw from the ETS.