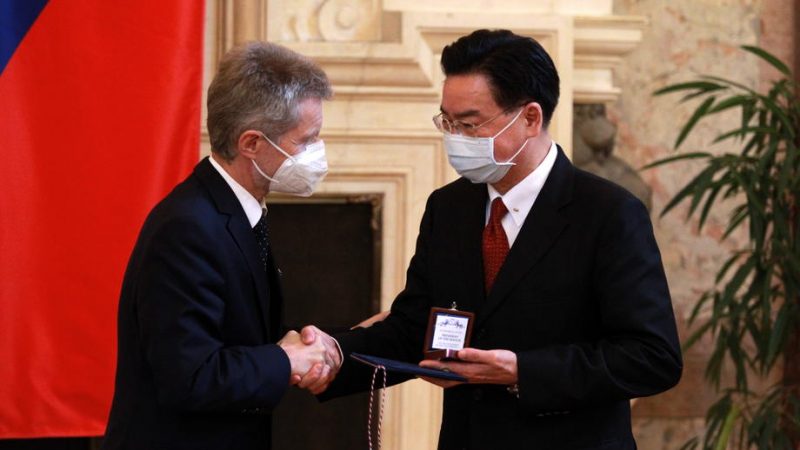 The official visit of Taiwanese Foreign Minister Joseph Wu to Czechia at the Czech Senate’s invitation has triggered an angry reaction from China. The National People’s Congress (NPC) – the highest organ of State power in China – condemned Czech officials for “serious violation of one-China policy” and “offering a platform for Taiwan independence separatist activities”.

“The despicable manoeuvres by a few individuals in the Czech Republic are doomed to fail. We urge them to promptly change course, otherwise, they will end up swallowing the bitter fruit themselves,” wrote the NPC in its official statement.

Taiwanese Foreign Minister Joseph Wu met with the Czech Senate speaker Miloš Vystrčil and Prague Mayor Zdeněk Hřib last week during his tour around Europe. Both politicians are vocal supporters of Taiwan’s right to independence. “It is our duty to advance our opinions, our concept of freedom, our will, our approach to democracy and the rule of law,” said Vystrčil after the meeting with Wu.

Czech and Taiwanese representatives have already concluded new memoranda on mutual cooperation, for example, in cyber security or the aerospace industry. Taiwanese delegations have been visiting Czechia regularly since 2016 despite Chinese criticism.