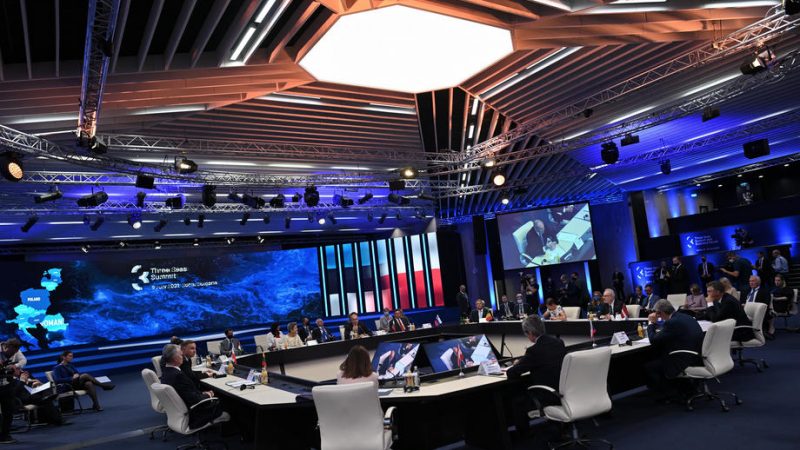 Czechia has been so far reluctant to invest in this initiative and proposed only one “priority project” that could be funded from the initiative – a controversial Danube-Oder-Elbe water corridor. [EPA-EFE/VASSIL DONEV]

Czechia has been so far reluctant to invest in this initiative and proposed only one “priority project” that could be funded from the initiative – a controversial Danube-Oder-Elbe water corridor.

However, the project is favoured by Czech President Miloš Zeman and lobbyists surrounding him. The last-minute decision of the outgoing government could be seen as a move to please the president’s office at the end of Babiš’s mandate.

“Based on the president’s decision, the Czech Republic proposed together with its Polish partner the water corridor Danube-Oder-Elbe for so-called priority projects,” according to an official document seen by EURACTIV.cz.

President Zeman is currently being treated in intensive care with an unnamed chronic disease, and his ability to execute power is in question. As EURACTIV.cz understands, as the president’s health is weak, people from the president’s office have been trying to benefit from the situation and push their interests forward. “Unfortunately, speaking of the president’s office, our president is not in good hands,” said Czech Senate Speaker Miloš Vystrčil (ECR).

The president was hospitalised following the Czech parliamentary elections, leaving the country in uncertainty. He is expected to nominate the future prime minister to form the new government.