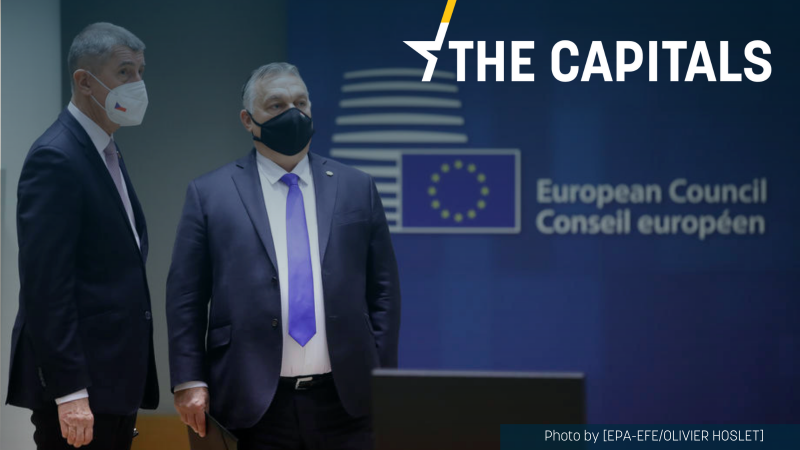 “Czechs have already driven their Babiš out. I sincerely hope that Hungarians will manage to do it as well,” said the Czech parliament's speaker. [EPA-EFE/OLIVIER HOSLET]

Following remarks by parliament’s speaker who hoped that Hungarians drive Prime Minister Viktor Orbán out of office in the upcoming general elections, controversy has been sparked in the new Czech governing coalition.

“Czechs have already driven their Babiš out. I sincerely hope that Hungarians will manage to do it as well,” the Czech parliament’s speaker, Markéta Pekarová Adamová (TOP 09, EPP), wrote on her Facebook page. According to her, Hungary should vote for a change at its elections on 3 April.

“It is crucial that the European Union will be formed by states for whose governments prioritise democratic principles, not benefit of their prime ministers,” she also wrote.

Czech Prime Minister Petr Fiala (ODS, ECR) refused to comment, saying he does not want to stir up the already heated atmosphere. “I can only add, that the government is the one responsible for foreign policy and I – as its Prime Minister – will put my efforts in the coordination of constitutional authorities position,” Fiala said.

Pekarová Adamová added fuel to the fire on 10 January when she criticised Hungary’s position on Kazakhstan as Orban expressed his solidarity with Kazakhstan’s President Kassym-Jomart Tokayev. “Viktor Orbán de facto endorsed shooting of people of Kazakhstan and the arrival of Russian army today,” Pekarová said.

This time, her criticism was shared by Foreign Minister Jan Lipavský (Pirates, Greens). “A president who issues an order to shoot civilians without any warning needs no solidarity. Our solidarity belongs to the people of Kazakhstan,” Lipavský tweeted.