Czech PM: Putin did not count on such a united attitude of the West 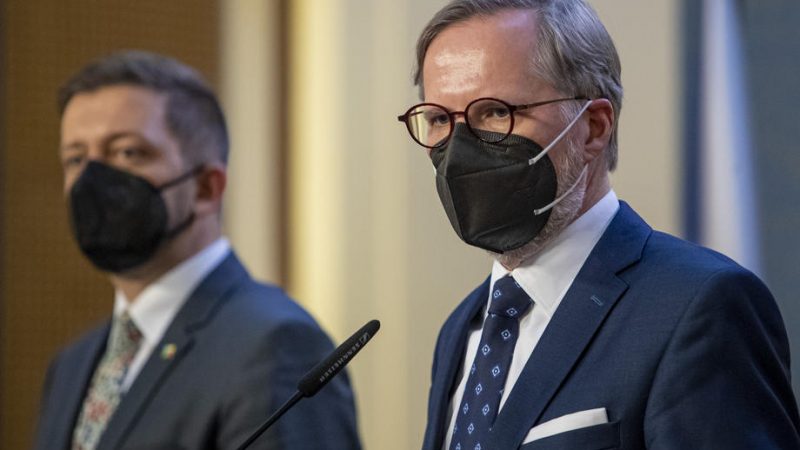 “We talked about some very concrete steps, for example, that in terms of long-term development, a coalition of states could be formed, not only from the EU, but perhaps also from NATO states, which would provide asylum to soldiers of the Russian Federation who decide not to fight and desert,” the Czech PM said after he returned from Kyiv.   [EPA-EFE/MARTIN DIVISEK]

Europe is on the verge of war as Russia can attack Ukraine at any moment, Czech Prime Minister Petr Fiala (ODS, ECR) told Czech Television on Sunday, noting that the unity between the EU and NATO is not something Russian President Vladimir Putin expected.

“The situation is serious, it is getting more serious every day. It is not an exaggeration to say that Europe is one step away from war, and the likelihood of a peaceful solution is diminishing,” said Fiala.

“Putin did not count on such a united attitude of the West,” he added.

According to Fiala, Western states are ready to impose sanctions on Russia in case of an attack on Ukraine. He admitted that such a move would negatively affect the Czech Republic, but the country could be compensated for its economic losses.

The Czech Republic is also aware of the conflict’s potential impact on gas supplies.

“Nobody wants the worst possible development, but it is necessary to be prepared for the fact that Russian aggression against Ukraine could lead to a reduction in gas supplies to Europe,” Czech Industry Minister Jozef Síkela (STAN, EPP) wrote on Twitter, adding that the Czech Republic is one of the countries with the highest number of gas storage facilities per population in Europe.

Meanwhile, Prague is preparing a humanitarian package for Kyiv. It has supported Ukraine with artillery rounds and healthcare materials in recent days.