Czech police to probe if the Presidential office committed sabotage 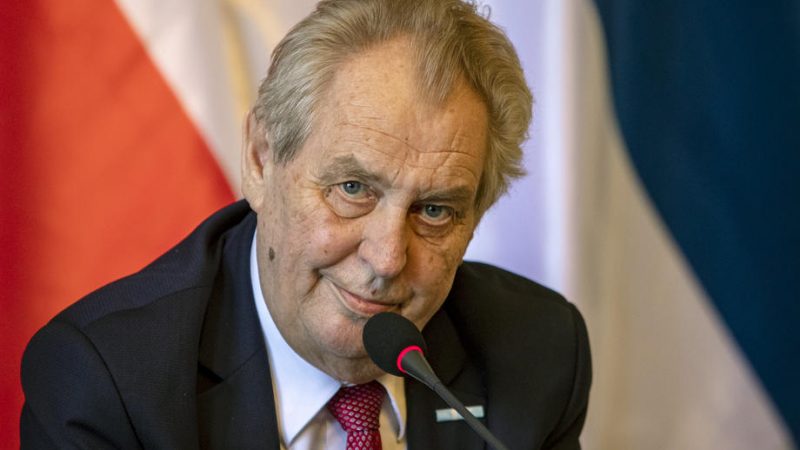 Zeman is performing his duties again after a 6-week stay in hospital. [EPA-EFE / MARTIN DIVISEK]

Czech police will probe whether a crime against the republic was committed by the office of Czech President Miloš Zeman, as his office did not inform the public and other officials about him Zeman is unable to fulfil his duties, despite being aware of the situation.

Zeman’s health situation was revealed on Monday (18 October) by Czech Senate Speaker Miloš Vystrčil, who quoted a statement from the Central Military Hospital, where Zeman is being treated.

The Head of Zeman’s office Vratislav Mynář allowed the ill president, hospitalised since 10 October, to sign a document convening the next Czech Parliament.

Czech police will probe the authenticity of the signature and actions taken by the Presidential office as Mynář could misuse the Czech president’s weak health condition to advance his own interests. Czech media reported that intelligence services had also stepped in.

Prime Minister Andrej Babiš has already called on Vratislav Mynář to resign from his position. “What he (Mynář) did, is absolutely unacceptable,” Babiš said. Mynář refused to resign, arguing that the president is the only person who can remove him from his office.

Meanwhile, the Czech Senate Constitutional Committee has agreed that Zeman’s powers should be removed as he cannot carry out his duties. On 5 November, the Senate is expected to vote on triggering Article 66 of the Czech Constitution that allows the transfer of the president’s powers to the Prime Minister and speakers of both chambers of the Czech parliament.