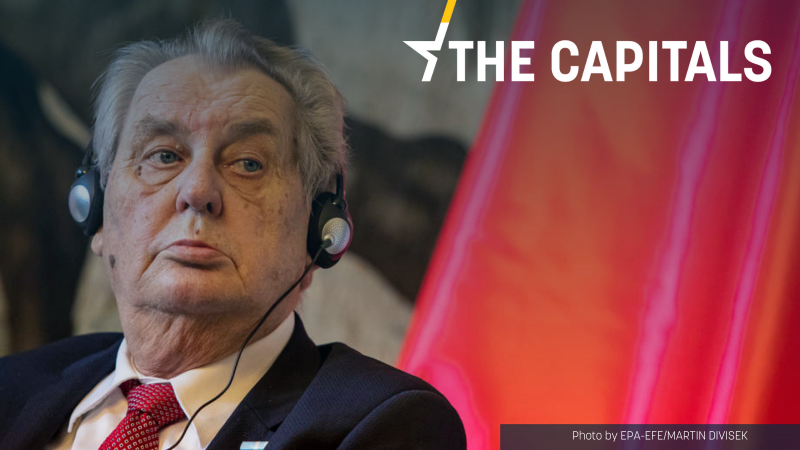 After meeting with Zeman on Monday, Lipavský said that “there is an agreement that we will not comment on personal affairs of the future government." [EPA-EFE/MARTIN DIVISEK]

President Miloš Zeman, who is currently holding talks with candidates for the ministerial posts in the future Czech government, recommended that the candidate for the foreign minister post, Jan Lipavský (Pirates, Greens/EFA), withdraw, Frekvence 1, reported.

After meeting with Zeman on Monday, Lipavský said that “there is an agreement that we will not comment on personal affairs of the future government.”

As EURACTIV.cz reported, Lipavský’s views are often different from Zeman’s.

While the Czech president has consistently promoted the economic benefits of cooperating with Russia or China, Lipavský, a former vice-chair of the parliament’s foreign and defence committees, has been more cautious.

But EURACTIV.cz was also informed that Czech ties with Israel could be another thorny issue. Zeman wants to move the Czech embassy from Tel Aviv to Jerusalem, while Lipavský is reluctant.

However, while the Czech Pirates have often been accused of having a lukewarm attitude towards Israel, Lipavský has tried to improve that image by holding meetings with Jewish state representatives in the past few days.

“I perceive Israel as an important partner for the Czech Republic. There are many areas where we can cooperate,” Lipavský said after the meeting with Zeman. “We spoke about the moving of the embassy. I told him my position that such an issue has to be properly considered, it cannot be done in haste as it should be an outcome of a peaceful process,” he added.