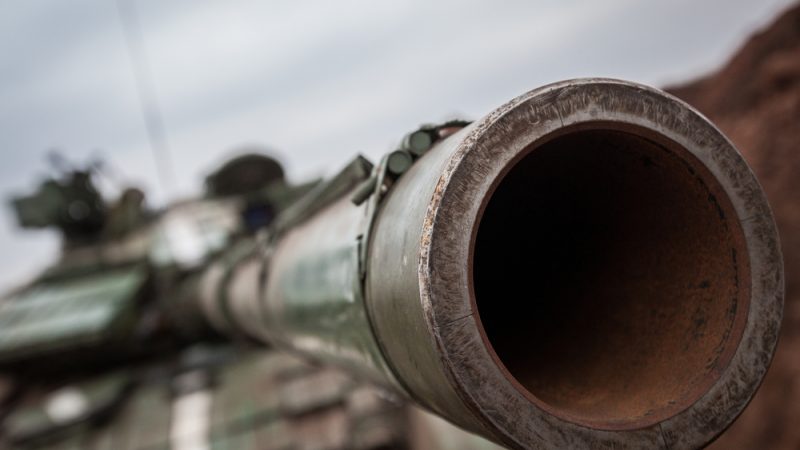 Armoured personnel carriers were also sent and both are considered a gift following an agreement among NATO allies.  [Shutterstock/Sebastian Castelier]

The Czech Republic is the first country to send Ukraine tens of T-72 tanks to help its army defend against Russian attacks, news site Echo24 reported on Tuesday.

Armoured personnel carriers were also sent and both are considered a gift following an agreement among NATO allies.

The news was later confirmed by Defence Minister Jana Černochová (ODS), who is among the strongest Ukraine supporters in the government.

“Curiosity is human, and I understand those who want to find out what we deliver at UA. I’m sorry, I can’t tell you any more than that. There’s a war raging there, and we’re not going to make it easy for the Z killers! Believe me, we’re sending vital military material to our Ukrainian friends. And we will continue to do so,” she tweeted on Tuesday.

A few days ago, The New York Times reported that Washington is working with its NATO allies to send military aid to Ukraine.

In addition to drones and guided missiles, the delivery includes Soviet-standard tanks, which the Czech army has in its arsenal.

As Echo24 reported, the Czech Republic was one of the few countries that could provide Ukraine with this equipment. Of the neighbouring countries with such capacities, there are only Slovakia, which has only a minimal number of tanks at its disposal, and Hungary, which opposes arms deliveries to Ukraine and has banned their transport through its territory.

The defence ministry told daily Aktuálně.cz that since the first days of the Russian invasion, the ministry has been helping Ukraine with military material from the Czech army’s stocks, currently worth almost €41 million.