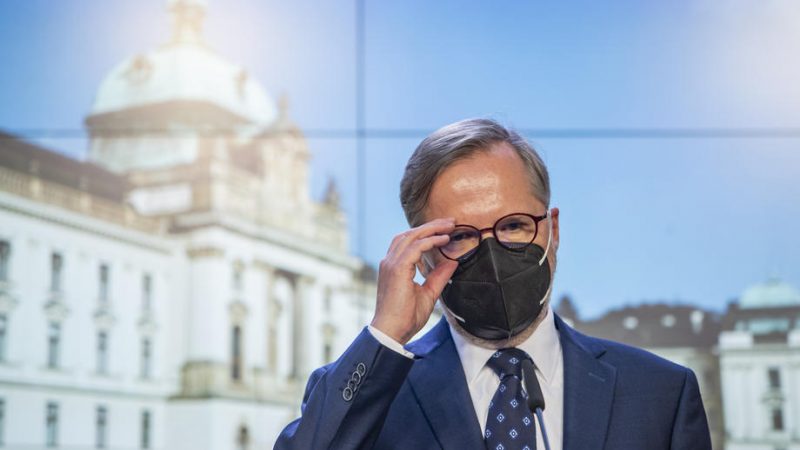 Despite Czech voters ditching the government of Andrej Babiš, the new administration’s stance on climate and energy policy will change little. Under the new five-party coalition, the Czech Republic will remain on the pro-nuclear front.

“I do not see any other way than to have nuclear energy among clean supported sources of energy,” new Prime Minister Petr Fiala (ODS, ECR) said in an interview for CNN Prima News.

“It is wise for Europe and vitally important for the Czech Republic,” Fiala said on Sunday.

According to President Miloš Zeman, who swore in the new government on 17 December, the Czech Republic should withdraw from the European Green Deal.

But while Fiala is not in favour of such a move, he has criticised some EU green proposals like the combustion engine ban for 2035. “The proposal to ban combustion engine cars, that would pose an existential risk for many people,” Fiala said.

However, the new Czech government wants to speed up the coal phase-out and development of renewable energy sources.

Another thorny issue is cooperation with Visegrad countries. While V4 cooperation was the cornerstone of Czech foreign and EU policy under former PM Babiš, the new leadership does not prioritise such cooperation.

“I do not think that V4 is useless or that it should be weakened,” said new EU Minister Mikuláš Bek. “However, we should establish the same intense relations with other EU member states,” Bek said.

Bek admitted that finding common ground within the new five-party ruling coalition regarding the EU agenda might be challenging. “Differences are not only between parties but within parties as well,” Bek said.

The new governing coalition is formed by the Civic Democrats (ECR), Christian Democrats, TOP 09, Mayors and Independents (EPP) and the Pirate Party (Greens/EFA). It has a comfortable 108-seat majority in the 200-seat Czech parliament following October’s parliamentary elections.