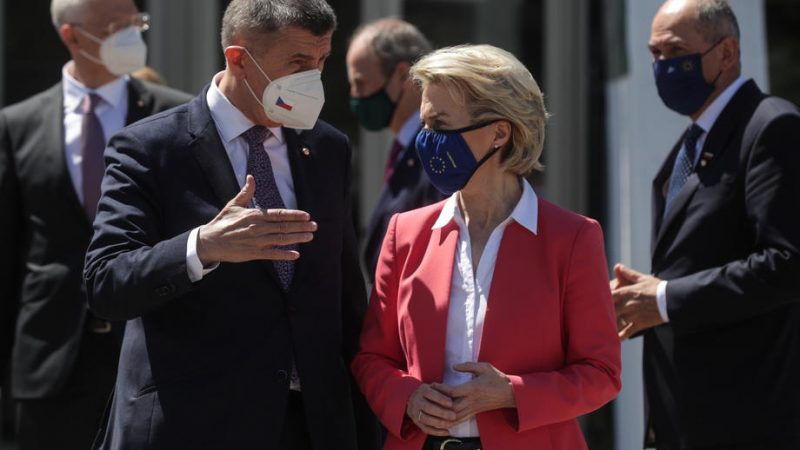 The European Commission’s auditors concluded in April this year that Babiš is in a conflict of interest due to his control over Agrofert holding. [EPA-EFE/TIAGO PETINGA]

The European Commission endorsed the Czech recovery plan on Monday but to receive recovery funds, the country must set up additional control systems, said Commission chief Ursula von der Leyen during her visit in Prague. Czechia should take specific measures to avoid conflict of interest like the one concerning Prime Minister Andrej Babiš and his former agriculture holding, Agrofert.

The country must meet certain milestones, including “the requirement to collect information on personalities behind any entities that are benefiting from the funds,” von der Leyen told a press conference. “These milestones have to be achieved before the first formal disbursements,” she added.

The European Commission’s auditors concluded in April this year that Babiš is in a conflict of interest due to his control over Agrofert holding. In its working document related to the Czech recovery plan, the Commission recalled the auditors’ findings.

“Following a recent audit carried out by the commission services on other EU programmes, serious deficiencies in the design and functioning of the system to avoid a conflict of interests have been identified,” the Commission stated.

According to Babiš, Czechia uses EU funding in a transparent manner and there is no problem with his conflict of interest. “Since I entered the government and I am the prime minister now, I have not felt that we have some systemic problem,” he told the press conference.