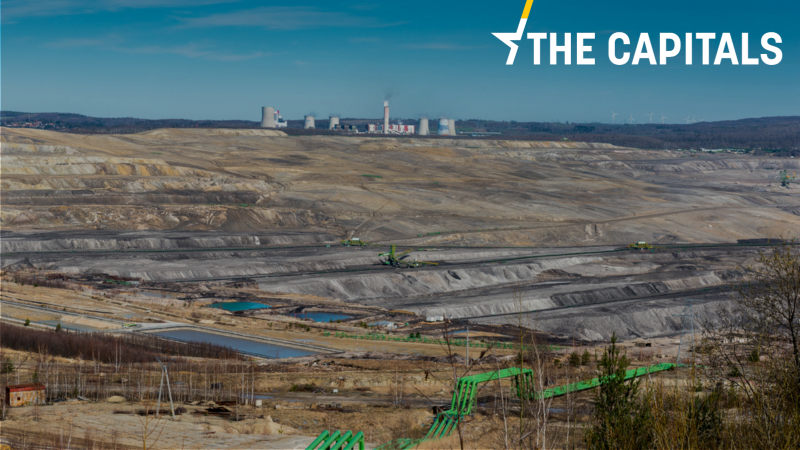 However, the Turów mine - which is currently responsible for 7% of energy production in Poland - will not be closed, Warsaw confirmed following the EU Court’s order. [Shutterstock/Lukasz Barzowski]

The European Court of Justice has ordered Poland to pay a daily €500,000 fine because it has not followed its interim measure and continues with mining in Turów, a lignite mine located at the Czech-Polish borders. Czechia considers the decision a success but prefers to strike a deal rather than benefit from fines.

“This is clear evidence that the European Court of Justice considers this a serious damage to the environment. Half a million euros is not little,” Czech Environment Minister Richard Brabec said.

It is the first decision of its kind where the EU Court enforces compliance with a previously imposed preliminary ruling. In May 2021, the Court ordered Poland to immediately halt mining in Turów until the final decision was made.

“We want – and I hope that Poland wants the same – to strike a deal. It is not only about money, about some compensations but about technical conditions that have to be met before any continuation of mining,” Brabec added.

Czechia is asking Poland to cover expenditures related to the construction of new sources of drinking water in affected regions on the Czech side of the border. Czechia also wants Poland to provide all available information about the mining impacts and demands regular checks in the mine.

Negotiations between the neighbouring countries have been taking place for months but without any results so far. “We are ready to keep negotiating, but the main goal remains. On the Czech side, the access to drinking water must not be jeopardised,” Czech Foreign Minister Jakub Kulhánek said.

Poor handling of the situation

However, the Turów mine – which is currently responsible for 7% of energy production in Poland – will not be closed, Warsaw confirmed following the EU Court’s order.

“[Closure] may threaten the stability of the Polish power system,” government spokesperson Piotr Muller wrote in a statement. “No decisions of the Court of Justice may violate the areas related to the basic security of the member states. Energy security belongs precisely to this area,” he said, adding that the financial penalty decided by the Court is “disproportionate to the situation” and “not justified by the facts”.

Opposition politicians in Poland have criticised the government for not properly handling the issue.

“€500,000 a day, this is the price for the idiotic behaviour of the PiS (ruling Law and Justice Party) power in their relations with our southern neighbours,” MEP Marek Belka (S&D) has said.

Fines could be higher

Czech MEP Mikuláš Peksa from Czech Pirate Party (Greens/EFA) told EURACTIV.cz that they had “waited long for this ruling – and I am glad that in the end, justice is not blind in Europe”.

“When governments fail, the institutions do not side with the mining lobby and its friends in Warsaw, but stand on the side of the European environment and citizens of Czechia, Germany and Poland,” he said.

However, Czech NGOs suggested that fines could go even higher as Czechia had previously requested €5 million in daily fines.

“We are afraid the sanction is quite low considering Poland already started weeks ago – they are ready to pay ten times higher fees and ignore the court ruling. People continue to suffer environmental harm and their confidence in EU institutions is jeopardised at an important time for the EU and climate,” said Petra Urbanová, a Czech lawyer at Frank Bold who has been involved in the case since the beginning.

According to Urbanová, sanctions should be increased. She also pointed out that the European Commission can penalise Poland by withholding the EU funds.