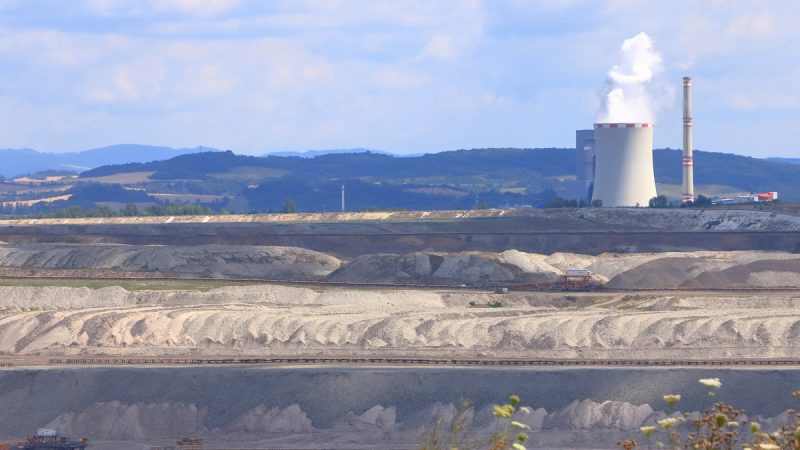 Czechia has to phase out coal as soon as possible to meet European climate goals. However, the transition to a green economy is still far from becoming a reality. [Shutterstock / Dynamoland]

Czechia has to phase out coal as soon as possible to meet European climate goals. However, the transition to a green economy is still far from becoming a reality.

“In practice, the Czech Republic has not yet succeeded in establishing a just transition. We are struggling here with the fact that the state’s attitude towards the inevitable coal phase-out and European climate ambitions is very unclear and non-conceptual,” said Zuzana Vondrová, coordinator of the Just transition project at the Centre for Transport and Energy, in an interview for EURACTIV.cz.

According to Vondrová, the current approach only contributes to an unstable business environment that makes Czech coal mining regions even more vulnerable.

The year of the Czech coal phase-out is still unknown. While the Czech Coal Commission recommended a coal exit for 2038, the new government is convinced they should get rid of coal earlier.

“Active dialogue, communication with the public, civic participation and transparency are important preconditions for successful transformation. And also finance – a sufficient amount is needed as well as their meaningful use,” Vondrová said.

Czech coal mining regions face various structural problems, including a low level of education, high poverty rate, and debts. The EU has already allocated a large amount of money to support the transformation of these regions. The newly established Just Transition Fund is among the new tools included in the 2021-2027 budget.

Czech non-profit organisations criticise the government for allowing large companies to apply for this funding. “According to the Just Transition Fund Regulation, large companies should be provided with funding only in exceptional cases, when it is justified and necessary. I hope that the European Commission will insist on that,” Vondrová said.