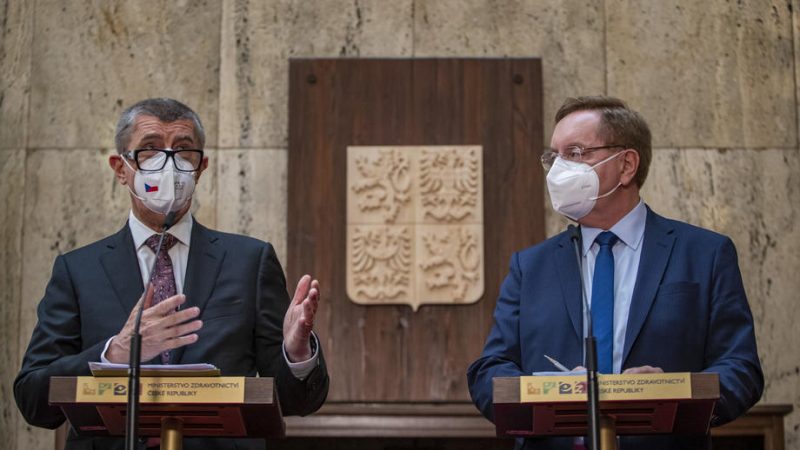 Czech Health Minister Petr Arenberger [R] was the fourth to take the minister’s spot since the start of the pandemic. [EPA-EFE/MARTIN DIVISEK]

Czech Health Minister Petr Arenberger – the fourth to take the role since the start of the pandemic – announced his resignation on Tuesday following mounting pressure in recent days over irregularities in his finances.

Czech media have reported that Arenberger had declared significantly more assets and a higher income after joining the government than in previous years. However, Arenberger blamed the media for “brutal pressure against him and his family”.

Prime Minister Andrej Babiš confirmed that he has already found a substitute. In a surprise move, Babiš said Arenberger will be replaced by Adam Vojtěch, the former health minister who resigned in September 2020 at the start of the second pandemic wave. Vojtěch will be reappointed on Wednesday (26 May).

The opposition parties have criticised the governing ANO party for its “lack of personal capacities”, especially with this being the fifth time there is a change in the health minister’s office in the past 10 months. (Aneta Zachová | EURACTIV.cz)