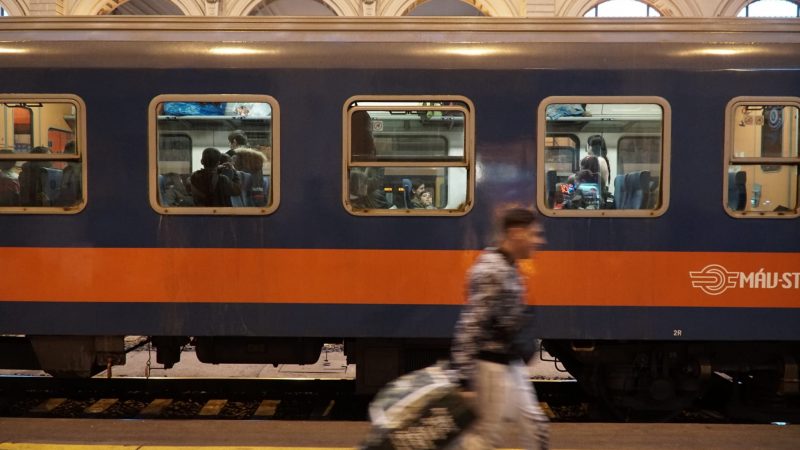 Rakušan asked Budapest to carry out a quick and thorough background check on arrivals to determine their citizenship status, as citizens of Hungary are not eligible for assistance in the Czech Republic. [Anastasia Marchishak / European Roma Institute for Arts and Culture - ERIAC]

Prague is offering refugees with Hungarian passports a free train ride to Hungary, and has asked Budapest to be quick in providing information on whether Ukrainian refugees in Czechia have dual citizenship with Hungary, the Czech News Agency reported.

The move was prompted by the Czech interior ministry’s claims that Roma people with dual Hungarian-Ukrainian citizenship were entering the country from Hungary rather than Ukraine to obtain aid.

Rakušan asked Budapest to carry out a quick and thorough background check on arrivals to determine their citizenship status, as citizens of Hungary are not eligible for assistance in the Czech Republic.

From Monday (16 May), Czechia will require applicants seeking temporary protection and access to financial aid worth €200 to show a stamp on their passports proving they crossed the Ukrainian border.

Among those coming to the Czech Republic, there are also Hungarian-Ukrainian citizens who lived in Ukraine and fled the war. They are often denied support in Hungary because of their Hungarian passports. On top of that, some 20% of Ukraine’s Roma do not have any form of identity document.

Rakušan said a meeting on speeding up and streamlining the process would soon occur between the director of the Hungarian foreign police and Czech police chief Martin Vondrášek.

In 2011, the ruling Fidesz party introduced a new simplified path to acquire Hungarian citizenship for ethnic Hungarians living outside the country, making it easier for many people with Hungarian roots, including Roma, living in Ukraine to receive a second passport.

Meanwhile, the Roma who have fled from Ukraine – often with Hungarian as their mother tongue – find it harder to get help than ethnic Ukrainians in Hungary.

“Among refugees with Hungarian citizenship, we are seeing growing impatience and dissatisfaction with the lack or difficulty of access to the services and benefits provided on paper by the legislation,” Hungarian Helsinki Committee press officer Zsolt Zádori told EURACTIV.