Czechia to tighten refugee rules due to Roma influx 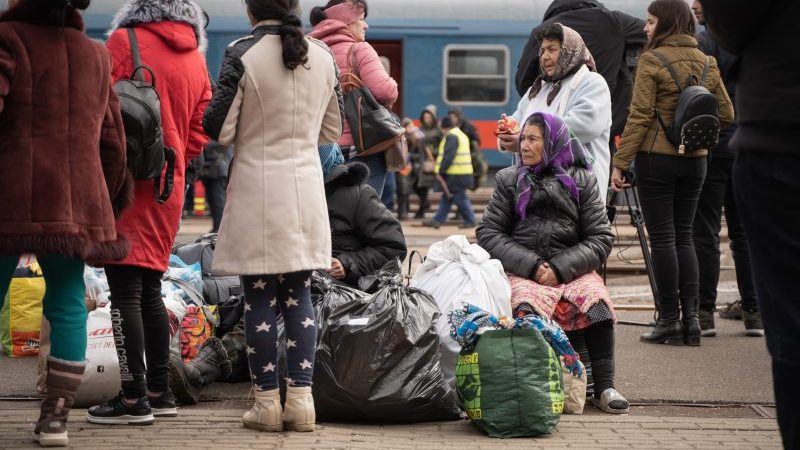 *The featured image has been updated to better reflect the content of the article.

The Czech Republic will tighten passport checks on refugees and only grant aid to those fleeing war that have crossed the Ukraine border, the interior ministry announced following an influx of Roma people with dual Hungarian-Ukrainian citizenship.

Czech authorities are currently providing financial aid worth €200 to all Ukrainian refugees coming to the country, but from Monday (16 May) will require applicants seeking temporary protection to show a stamp on their passports proving they crossed the Ukrainian border.

The interior ministry decided to introduce the measure after claiming groups of Roma people with dual Hungarian-Ukrainian citizenship were entering the country from Hungary rather than Ukraine to obtain aid.

“Now we have a specific group – and I will say this quite frankly – of Roma refugees coming here. There is a big problem as some of them are coming from Hungary and not from Ukraine,” Interior Minister Vít Rakušan told the daily Blesk.cz.

Rakušan will discuss the issue with his Hungarian and Ukrainian counterparts to solve the problem as soon as possible, the interior ministry also said.

However, among Roma people with Hungarian-Ukrainian citizenship coming to the Czech Republic are those who lived in Ukraine and fled the war. Those people are often denied support in Hungary because of their Hungarian citizenship.

Béla Rácz, a Roma activist from the 1 Hungary Initiative, has warned that many Roma were previously granted Hungarian citizenship so they could vote in the Hungarian elections. Because of this, they are now unable to receive aid, even though they are fleeing the war.

In 2011, Fidesz introduced a new simplified path to acquire Hungarian citizenship for ethnic Hungarians living outside the country, making it easier for many Hungarian Roma living in Ukraine to receive a second passport.

In 2010, only 5,400 people from the surrounding countries with the highest ethnic Hungarian population – Romania, Serbia, Slovakia and Ukraine – were naturalised. After the simplified path was introduced, the number reached 601,400 in four years between 2011 and 2015.

Furthermore, some 20% of Ukraine’s Roma and a significant percentage of those across Europe, do not have any form of identity document.