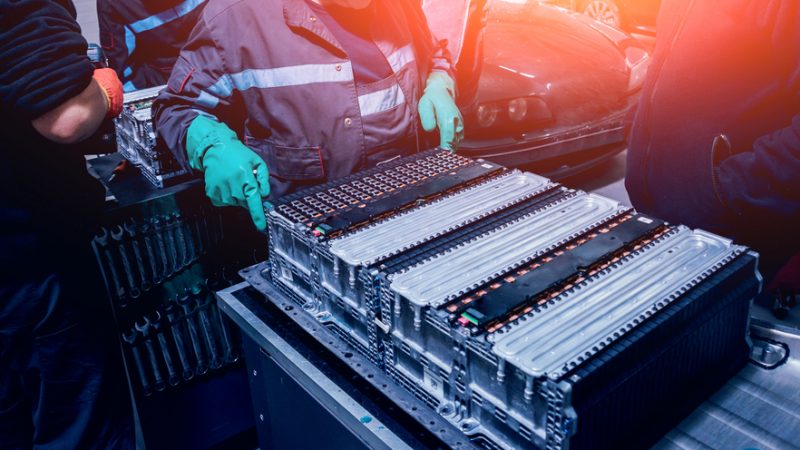 According to news site Seznam Zprávy, the project could involve Volkswagen or South Korean company LG, but the Czech government has so far refused to comment on possible partners. [Shutterstock/Roman Zaiets]

The Czech government approved on Monday a memorandum between the state and energy company ČEZ on a future gigafactory project, which would produce batteries for electric vehicles, at a €2 billion investment from the state budget.

According to news site Seznam Zprávy, the project could involve Volkswagen or South Korean company LG, but the Czech government has so far refused to comment on possible partners.

Such investment is considered crucial for Czechia, which is largely dependent on the automotive industry.

The memorandum states that the gigafactory is a “strategic project that could accelerate transformation of both energy and automotive industry.” The project could also “create a unique opportunity for transformation of structurally affected regions in the Czech Republic,” meaning the three Czech regions with coal-dependent economies.

The memorandum suggests future cooperation on the battery supply chain, including mining of lithium – the metal used in batteries for electric vehicles – and its processing and recycling.

Czechia is home to Europe’s largest lithium resource and the country has the potential to become among the lowest cost hard rock lithium producers in the world.