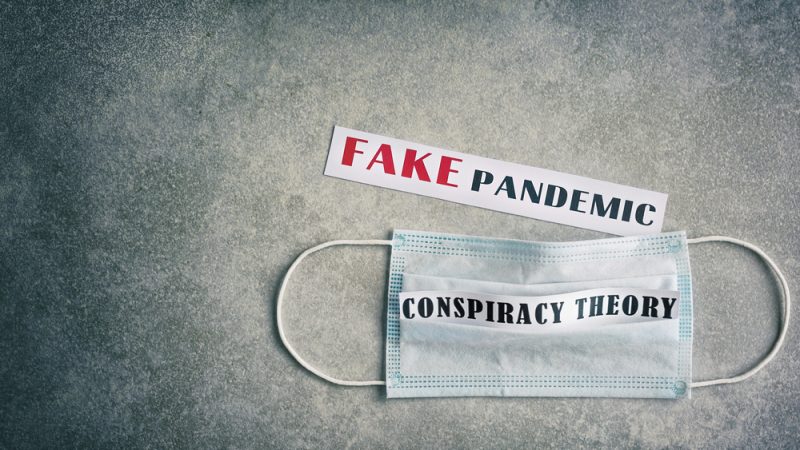 Around 40% of Czech internet users believe in conspiracy theories about the COVID-19 pandemic, a survey conducted by the STEM agency revealed. [Shutterstock/ Lia Kos]

Around 40% of Czech internet users believe in conspiracy theories about the COVID-19 pandemic, a survey conducted by the STEM agency revealed.

While half the population is convinced that the virus was made in a laboratory, 10% of Czechs believe the real purpose of vaccination is to inject microchips into human bodies and to control the whole society. At the same time, 6% of internet users have been actively spreading disinformation about the coronavirus via e-mail or social media.

As the STEM agency pointed out, Czechs are prone to believe in conspiracy theories but so far it has not led to boycotts or restrictive measures.

Czech citizens are also losing trust in the information provided by the government. According to the survey, about one-fifth of respondents said that they do not trust public broadcasters.

The Czech government has been criticised for not having set up a communication campaign about the COVID-19 pandemic since the start of the outbreak.

The candidate chosen in the selection procedure for the head of communications at the Czech health ministry was supposed to take office on Monday, but decided to withdraw his application. (Aneta Zachová | EURACTIV.cz)