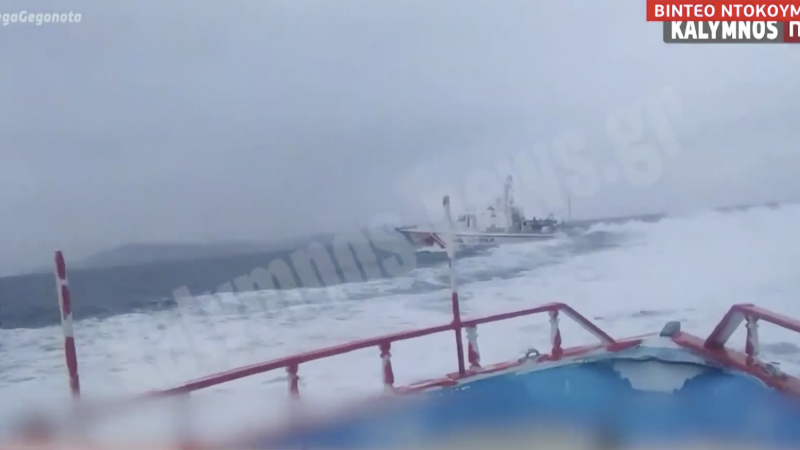 Under Recep Tayyip Erdoğan, Turkey has pushed the “blue homeland” doctrine, according to which many parts of the Eastern Mediterranean and the Aegean Sea in particular, belong to Turkey. [Photo by Greek MEGA TV]

The Turkish coastguard harassed a Greek fishing boat close to the island of Imia escalating tensions a few days before the launch of “exploratory talks” between Ankara and Athens.

In addition, Ankara announced that it will hold new military exercises in the Aegean Sea, with some of them lasting until the end of the year.

Under Recep Tayyip Erdoğan, Turkey has pushed the “blue homeland” doctrine, according to which many parts of the Eastern Mediterranean and the Aegean Sea, in particular, belong to Turkey.

AFP reported over the weekend that Turkey aims to extend an olive branch to EU as it does not expect a blanc-cheque from the new US administration similar to the one it was granted in Trump times.

Sources in Brussels told EURACTIV that the dialogue should be prioritised; however, Turkey’s rapprochement should not be taken for granted as Ankara has proven to be unpredictable so far.

The thorny issue of the exploratory talks is what the agenda will be. Athens insists that only issues related to maritime zones should be discussed while Ankara wants to put all issues on the table including the demilitarisation of islands, seen by Greece as an attempt to question overall its sovereignty.