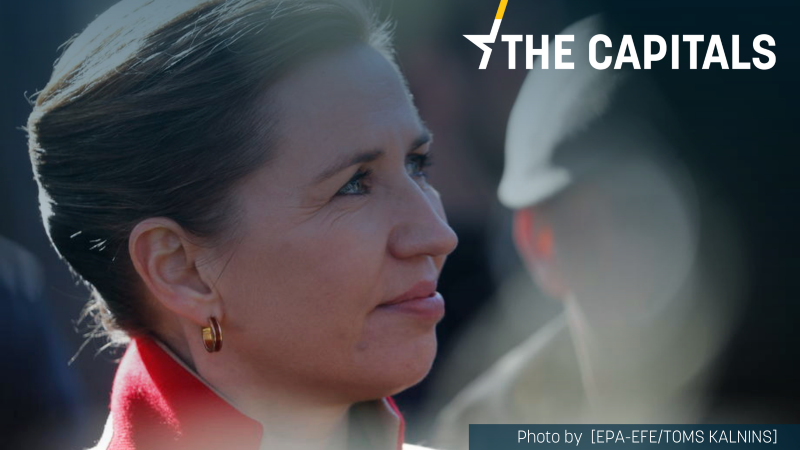 As part of the proposals in the new energy package branded ‘Denmark can do more II’ and presented on Tuesday (19 April), the government vowed to make Denmark independent from Russian gas. [EPA-EFE/TOMS KALNINS]

Denmark will stop reliance on natural gas by 2030 even though this means production will increase in the short-term, the Danish government announced at a press conference on Tuesday.

As part of the proposals in the new energy package branded ‘Denmark can do more II’ and presented on Tuesday (19 April), the government vowed to make Denmark independent from Russian gas.

The plan includes the development of more green power and more biogas. At the same time, there will be a temporary increase in the production of natural gas in the North Sea, which Denmark had previously committed to ending.

“We are doing this with our eyes wide open,” said Frederiksen, adding that “until the production of green gas is sufficient to cover the need for gas, it is our clear conviction that it is better to get gas from the North Sea than to buy it from Putin.”

According to an earlier agreement, the oil and gas extraction in the North Sea must stop by 2050 at the latest, and the government will not change this decision, the prime minister said.

However, other parties in the Danish Folketing want the government to do more.

“We can and must be independent by the end of 2027. That is three years earlier than the government is proposing, and they will be important years both for the climate and for security policy,” said Pia Olsen Dyhr, chair of the Socialist People’s party.

A central question remained for the Social Liberal party: “How does the government imagine that we will manage to build so much solar and wind in the next eight years,” vice-chairman Martin Lidegaard asked.

The Greens, however,  are concerned about the desire for more gas from the North Sea, even if temporary.

“I do not believe that this terrible war by Putin should result in us throwing green ambitions overboard, and I am afraid that you do if you want to extract more fossil gas in the middle of a climate crisis,” the party’s spokesperson, Mai Villadsen, has said.