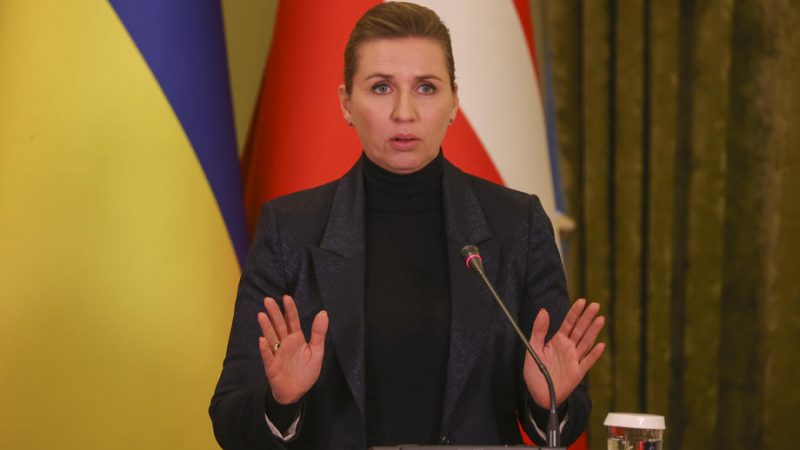 Frederiksen announced that Denmark would provide an additional 600 million DKK (€80.6 million) for weapons at a press conference in Ukraine on Thursday (21 April). [EPA-EFE/MIGUEL GUTIERREZ]

Frederiksen announced that Denmark would provide an additional 600 million DKK (€80.6 million) for weapons at a press conference in Ukraine on Thursday (21 April).

“Denmark has provided substantial support to Ukraine from the beginning. Politically, financially, through sanctions and through equipment and weapons, which you have particularly lacked. We will do what we can to support Ukraine in the future as well,” Frederiksen said during the press conference with Zelenskyy.

“One of the most important messages today is that we intend to deliver even more weapons to Ukraine. Because that is what is needed,” said Frederiksen, without giving any details on the kind of weapons Denmark intends to deliver.

In addition to the promise of more weapons, Frederiksen said that Denmark must be aware that the need for help continues long after the war is over and the country will help Ukrainians clear abandoned mines and rebuild.

“The support also includes mine clearance. We have seen today how important this is. If we want people to come back to the areas where they have lived all their lives, we have to clear mines, and we want to work with you to hopefully pave the way for the reconstruction of Ukraine,” she said.

In a press release, the Danish government stated that the purpose of the visit was for the leaders to discuss the situation in the war-torn country, further support for the Ukrainians, and the prosecution of war crimes and human rights violations by Russian troops.