Dendias and Grlić Radman: NATO should be main security guarantor 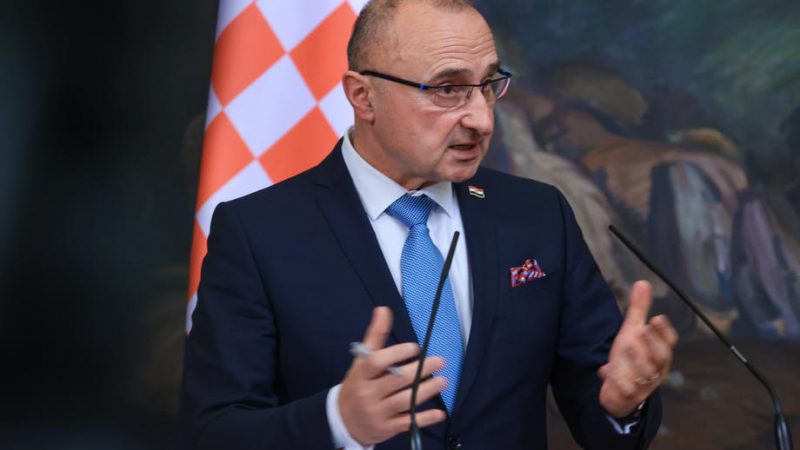 A meeting between Croat and Bosniak parties on electoral reform in Bosnia and Herzegovina scheduled for Tuesday was not held, according to information from BiH. No reasons were given from either side. [EPA-EFE/RUSSIAN FOREIGN AFFAIRS MINISTRY]

Croatian Foreign Minister Gordan Grlić Radman and his Greek counterpart, Nicos Dendias, agreed NATO should be the main security guarantor in Europe after the two met in Pula, Istria, after participating in a Conference on the Future of Europe event on Friday (21 January).

“The United States is increasingly preoccupied with the Indo-Pacific and China,” said Grlić Radman, adding that “because of all that as well as the fact that we no longer live in stable post-Cold War times, the EU can no longer rely only on soft security instruments, but must develop capabilities for independent crisis management, including military ones”.

“Croatia clearly sees NATO as the main guarantor of Euro-Atlantic security and its NATO membership as the main protection from possible external aggression,” said Grlić Radman.

“We advocate further deepening the partnership with NATO, which remains the cornerstone of our collective defence, and strengthening cooperation with the most important partner, the United States, in a score of topics”, the Croatian foreign minister added.

“Can we rely on NATO? For Greece, and we have a real security problem, there is no dilemma. The European defence initiative is of use for NATO and Euro-Atlantic cooperation,” said Dendias, adding that those are not two “antagonistic” concepts.

“We must be realistic. If we want the EU as a global actor, we must start at home and in our neighbourhood. We need more unity and more solidarity. We must take others’ security problems very seriously,” Dendias added.