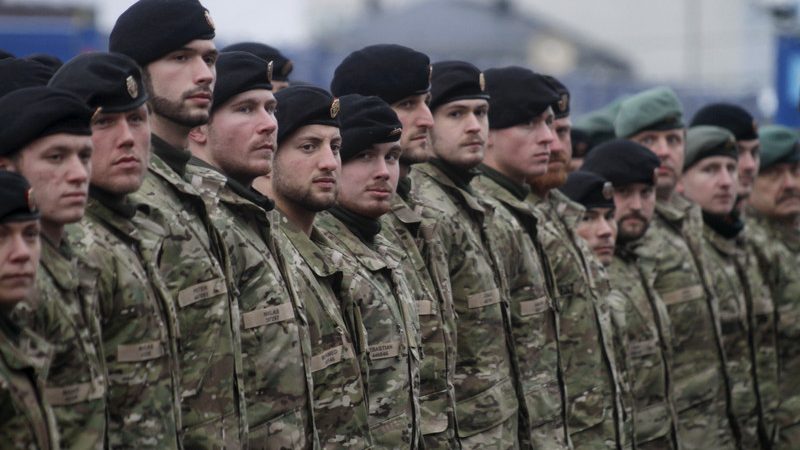 “On behalf of the defence ministry, we can state that we are currently registering roughly 100 official applications,” Jakub Fajnor, the ministry’s spokesperson told the Czech News Agency. [EPA-EFE/VALDA KALNINA]

A total of 700 soldiers will be gathered in the Slagelse military base in Western Sjælland, the Danish Armed Forces have announced. The armed forces also said that fighter jets would also be sent to Bornholm following Russia’s actions in Ukraine.

The government decided on Tuesday to increase the Armed Forces’ readiness in response to “the unacceptable Russian military pressure on Ukraine”.

This follows a recommendation from the Defence Command, the defence ministry wrote in a press release.

About 700 soldiers will be summoned in Slagelse, said newly appointed Defence Minister Morten Bødskov. At the same time, the Defence Forces announced that it is ready to send two F-16 fighter aircraft on Bornholm island, in the Baltic Sea, if deemed “operationally necessary”.

According to Bødskov, who took over the defence ministry from Trine Bramsen, the tightening of Danish preparedness is part of NATO’s efforts to deter Russia from escalating the situation.

“There are no current threats to Denmark, but it is a necessary condition in relation to the situation we are in now”, said Bødskov. There is no need for Denmark to be naive, he added.

According to Professor Mikkel Vedby Rasmussen of the Department of Political Science at the University of Copenhagen, it is unusual for a Danish combat battalion to be assembled and made combat-ready.

“It is very unusual and shows that the government and the Defence Forces are taking what is happening in Eastern Europe very seriously. I can’t remember a Danish military unit being put on such a standby since the end of the Cold War,” he told Ritzau.