Denmark to be first Nordic country to reopen Kyiv embassy 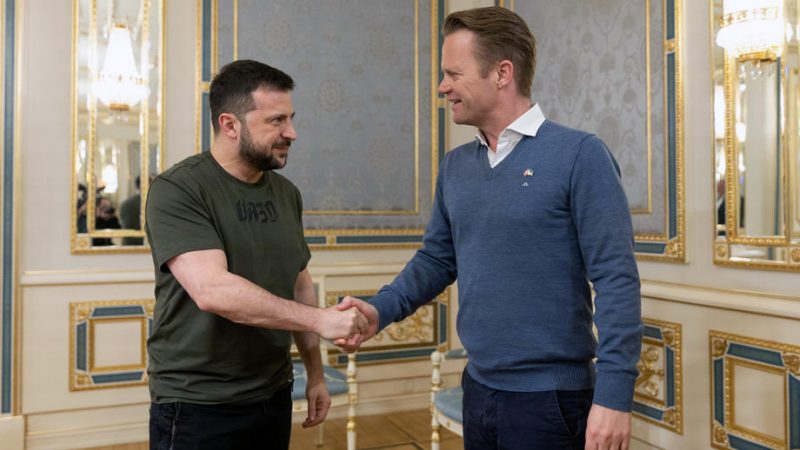 “It is a very strong symbol of Danish support for Ukraine and the Ukrainian people that we today reopen the doors of the Danish embassy”, said Kofod. [EPA-EFE/UKRAINIAN PRESIDENTIAL PRESS SERVICE]

“It is a very strong symbol of Danish support for Ukraine and the Ukrainian people that we today reopen the doors of the Danish embassy”, said Kofod.

Kofod explained that the embassy would promote relations between Denmark and Ukraine and help both Danes and Ukrainians in the difficult situation that has arisen since Russia began its attack in late February.

More than 20 embassies have already been reopened in Ukraine. Among others, the EU opened its representation in early April. Britain, France, Spain, Italy and the Netherlands followed, and on Sunday, the South Korean ambassador returned to the capital.

“Things are under control. Security is in order. It feels safe in every way to be here”, he told the Ritzau agency.

A small staff will initially run the embassy, but the plan is to increase staffing to normal levels in the long term. Among other things, the embassy will help with Danish aid to Ukraine.

However, the embassy’s reopening does not mean the foreign ministry will change the travel instructions for Ukraine.

“The security situation in Ukraine is still very serious, so today’s event should not lead anyone to believe that we are approaching normality and that Danes can now travel to Ukraine again. We still advise against all travel to the country,” Kofod said.