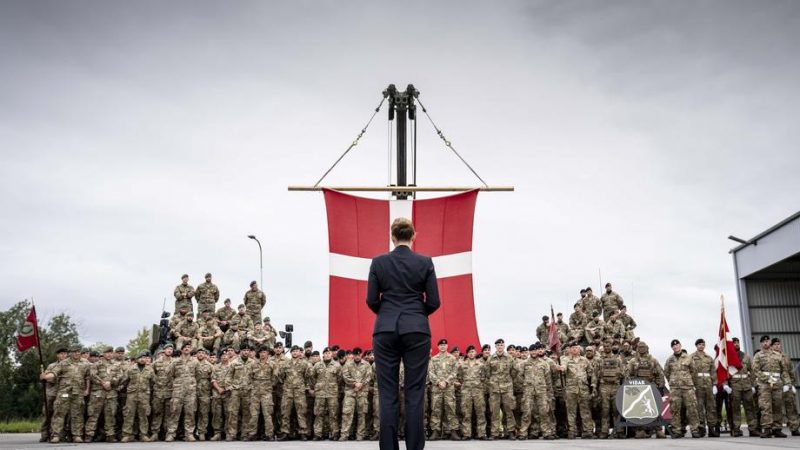 Denmark is also ready to send extra help as soon as possible to the Baltic countries if needed to defend themselves. [EPA-EFE/Mads Claus Rasmussen]

Denmark is ready to send soldiers to a peacekeeping mission in Ukraine, Defence Minister Morten Bødskov said after Poland suggested such a mission should be carried out.

“If it comes to that, Denmark is ready to contribute. We have decades of experience in this work, and I definitely think that Denmark can contribute to this and make a difference,” said Bødskov on Wednesday (16 March) before a NATO meeting in Brussels.

Denmark is also ready to send extra help as soon as possible to the Baltic countries if needed to defend themselves.

“We have a strong presence in the Baltic States with F16 aircraft and soldiers, and we run a headquarters there. We are ready to look at whatever wishes there may be”, Bødskov said.

On Tuesday (15 March), NATO Secretary General Jens Stoltenberg said the Russian regime might use chemical and biological weapons in Ukraine, which raised concerns in the Danish government.

“The Danish Defence Force has sent equipment that could help detect this type of atrocity if it were to take place. So we are very aware of it and we share the concern”, Bødskov added.

Denmark has previously voiced its concerns over the possible impact the Russian invasion in Ukraine might have in the Baltic region and has reinforced its military presence in the region.

As Denmark is a member of NATO, Danish soldiers are not currently allowed to take part in the conflict unfolding on the Ukrainian territory. But Prime Minister Mette Frederiksen declared last week that “there are no legal obstacles to travelling to Ukraine” for Danish volunteers who wish to fight alongside the Ukrainian army. (Charles Szumski | EURACTIV.com)