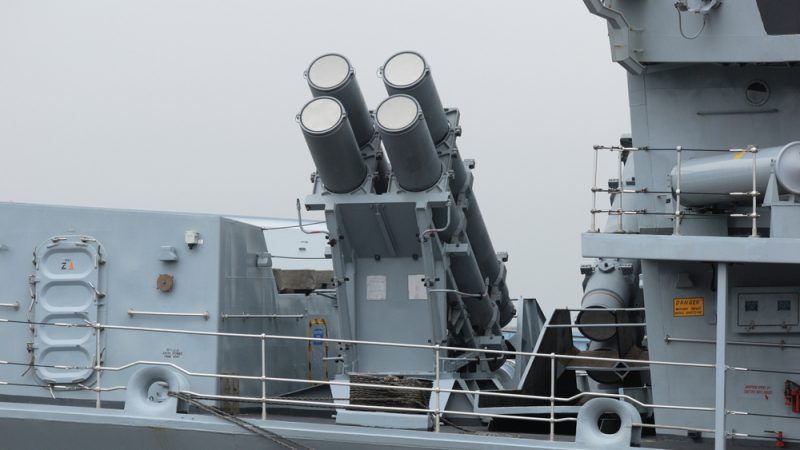 Twenty different countries, including Denmark, have announced new military contributions to the Ukrainian defence, Austin declared on Monday (23 May), according to several press agencies, including Reuters. [Shutterstock/viper-zero]

Denmark is contributing a Harpoon launcher and missiles to support Ukraine, said US Defence Secretary Lloyd Austin, after 20 countries pledged to send Ukraine fresh military aid in a virtual meeting on Monday.

Twenty different countries, including Denmark, have announced new military contributions to the Ukrainian defence, Austin declared on Monday (23 May), according to several press agencies, including Reuters.

The decision was taken at a virtual meeting between the US and a number of allies, focusing on coordinating arms supplies to Ukraine.

At a later press briefing, Austin thanked Denmark for its contribution. “I am particularly grateful to Denmark for announcing today that it would contribute a Harpoon launcher and missiles to help Ukraine defend its shores,” the US secretary of defence said.

Denmark’s Defence Minister Morten Bødskov refused to give details on the weapons delivery. “It is no secret that we are donating weapons to Ukraine, and we are also coordinating this with the US and Ukraine, among others. I do not wish to go into further detail on specific donations,” he said in a written comment to DR news.

However, Prime Minister Mette Frederiksen confirmed which military contributions Denmark will send to Ukraine this time.

“These are some of the weapons that Ukraine has requested and which are quite important in the battle they are fighting, ” Frederiksen told the press after the Folketing’s final debate on Monday evening (23 May).

But if Denmark sends the Harpoon launcher and missiles to Ukraine, as the US defence secretary says it will, it will be a long-range missile that can do a lot of damage.

According to the Danish defence ministry, Denmark has had the weapon system in its arsenal since the 1970s.