Denmark to send weapons, allow nationals to fight in Ukraine 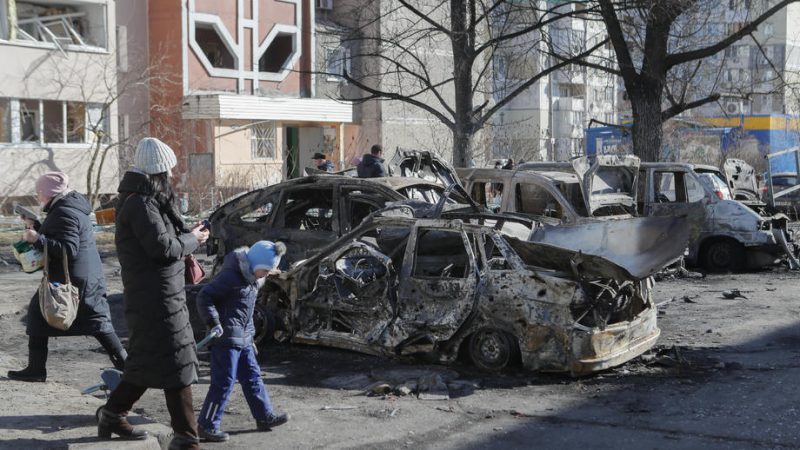 Only a few weeks ago, she said she would investigate whether Denmark could help Ukraine with weapons – specifically the much-publicised Stinger missiles. [EPA-EFE/SERGEY DOLZHENKO]

Denmark will supply Ukraine with high-tech weapons, said Prime Minister Mette Frederiksen during a short press conference alongside Defence Minister Morten Bødsko on Sunday, adding that Danes are free to fight for Ukraine.

“Right now we are seeing a completely unique heroic effort by the Ukrainian people to beat back a superior power, and that is what we want to help Ukraine with, and that is why we are doing this with open eyes and a straight back,” said Frederiksen, referring to the 2,700 shoulder-launched anti-tank missiles being sent to Ukraine.

Only a few weeks ago, she said she would investigate whether Denmark could help Ukraine with weapons – specifically the much-publicised Stinger missiles.

“Denmark is ready to supply parts of the approximately 300 Stinger missiles that the Defence Force has itself put up for disposal”, said Bødskov, adding that a broad majority in parliament was behind the decision.

As Ukrainian President Volodymyr Zelenskiy has called on ‘all citizens around the world, friends of Ukraine, peace and democracy’ to fight, Frederiksen said Danes were free to go and fight in Ukraine.

“It is a choice each individual can make. This applies both to Ukrainians living here and to others who believe they can contribute directly to the conflict,” she said.

Earlier on Sunday, Jakob Ellemann-Jensen, leader of the liberal party Venstre, said that people who want to fight on Ukraine’s side should be able to do so without losing their Danish residence permits, according to Ekstrabladet.

The government already announced earlier that Denmark would send body armour, first aid bags and a mobile hospital to Ukraine, as well as 50 million kroner in humanitarian aid.