‘Difficult months ahead’ for Croatia 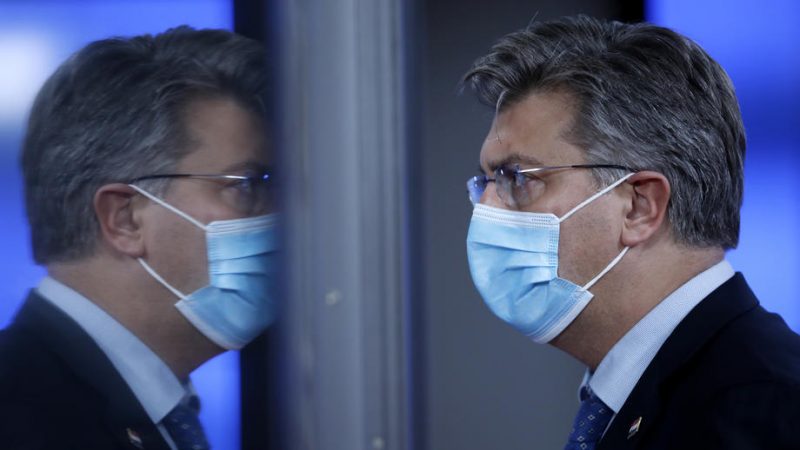 Croatia's Prime Minister Andrej Plenkovic is reflected in a glass door as he leaves during departures at an EU summit in Brussels, Belgium, 15 October 2020. [EPA-EFE/Francisco Seco]

This year was extraordinary in many regards, with many unprecedented challenges and new challenges for the coming months, Prime Minister Andrej Plenković told parliament while presenting an annual report of his government’s work.

The prime minister called for responsibility, self-sacrifice and solidarity.

“I am confident that we will overcome all the problems together so that Croatia, which has been doing better than many bigger and wealthier countries in these difficult times, can stay as safe as possible,” he said.

Opposition parties used the occasion to draw attention to weaknesses in the government’s work, primarily regarding public healthcare, clientelism and corruption.

Stephen Bartulica, from the far-right Homeland Movement, pointed the finger at clientelism and corruption, citing the JANAF corruption case  as the most recent example.

Barticula also said he saw the St Mark’s Square shooting as yet another attempt to use a tragedy for political purposes, and wondered whether Novosti, the Serb minority’s weekly financed by the government, was using “hate speech or love speech” in its articles.