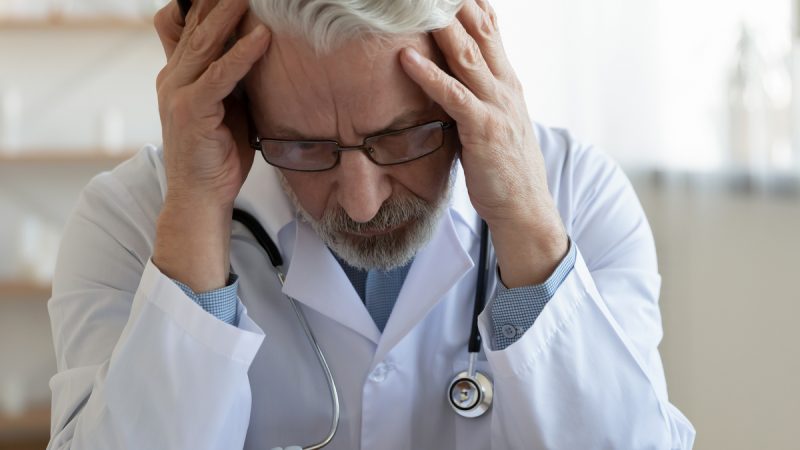 Several hospitals have decided not to provide abortions recently, at the instigation of representatives of local civic initiatives and Christian churches. [Shutterstock / fizkes]

As many as a third of all hospitals and medical facilities surveyed refuse to provide legal abortions on the grounds of conscientious objection, according to a study by the feminist organisation Possibility of Choice.

Due to conscientious objection, individuals can refuse to perform certain medical procedures based on their religious or personal beliefs. However, no legal norm states that entire medical facilities can exercise conscientious objection. In addition to hospitals, pharmacies often refer to it when refusing to sell hormonal contraception to women.

Several hospitals have decided not to provide abortions recently, at the instigation of representatives of local civic initiatives and Christian churches, Denník N, the first to write about the research, reports. The UN Committee on the Rights of the Child has called on Slovakia to ban the abuse of conscientious objection to deny health care.

According to the Slovak study, information on the provision, procedures and fees for safe and legal abortion is also low. Furthermore, the set maximum and final price for abortion, determined by the Ministry of Health, is €248.95. However, such a price is not always applied.

The study revealed additional hidden fees for medical performance, and it estimates the final average price is €414, representing approximately 48% of the average monthly gross wage of young women aged 20-24. In addition, only more complicated, surgical abortion is available in Slovakia. The call for introducing a modern and more gentle medical abortion, which has so far been illegal, has faced political resistance.

The study examined 70 facilities in Slovakia, which included all known hospitals and one-day surgery facilities with a gynaecological department. However, not all hospitals that could perform abortions were included in the research, as such a list is not available.