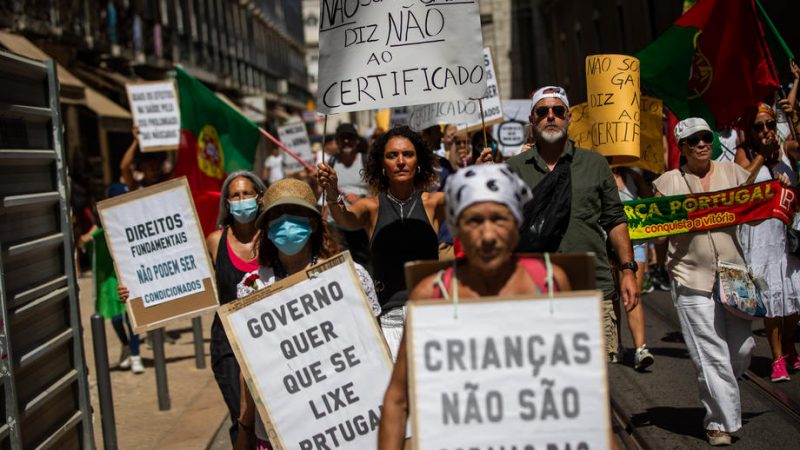 In terms of revenue, the reduction was divided "between definitive losses, temporary losses and a residual value whose nature could not be determined". [EPA-EFE/JOSE SENA GOULAO]

The direct effects of the pandemic on public accounts amounted to €4.133 billion by the end of July, according to the Technical Unit for Budgetary Support (UTAO).

According to the experts who assist parliament in budgetary matters, the €4.133 billion is “the amount of the reduction in the balance caused directly by all economic operations with a known record”.

Included in this category are “operations with an impact on the overall balance (€3.645 billion), expenditure on financial assets (€84 million), and extra-budgetary operations (net expenditure of €404 million)”.

The unit coordinated by Rui Nuno Baleiras also said that “the measures classified as extra-budgetary have their expenditure entirely financed by community funds and by beneficiaries external to the general government universe, but there is a gap between the moment of the payment of the expenditure and that of the collection of the revenue”.

In that period, it said, “they represent a financial effort for the general government that deserves to be highlighted”.

“The Apoiar programme constitutes the most significant measure in this category, with a gross expense of €949 million, but which, net of the revenue collected, is reduced to €360 million, representing 8.7% of the total of the COVID-19 measures”, said the report published Thursday.

The total effort of the public administration “continues to focus on ‘support for the economy’ (€3.272 billion; 79,2%), including expenses with the acquisition of financial assets and net expenses with extra-budgetary operations”, and health care amounted to €861 million (20,8%).

As to support for the economy, the UTAO highlighted “the support measures for employment and maintaining production (€2.075 billion), which represent 63.4% of the total, including expenses with financial assets (€84 million) and net extra-budgetary operations (€404 million)”.

In the health sector, “the purchase of medicines, vaccines and individual protection equipment stand out (€549 million, which represent 63.8% of the total for this type of expenditure)”.

The measures that impacted the overall balance totalled €3.645 billion and resulted from the cumulative effect of the reduction in revenue (-€512 million) and the increase in spending (+€3.133 billion).

In terms of revenue, the reduction was divided “between definitive losses, temporary losses and a residual value whose nature could not be determined”.