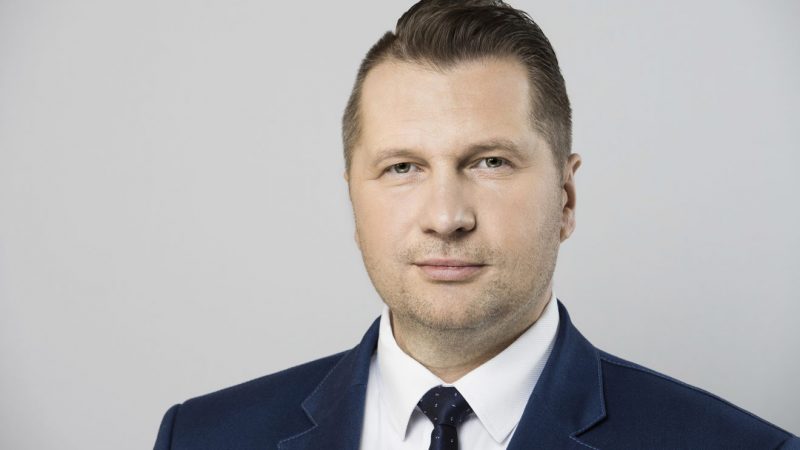 Polish Education Minister Przemysław Czarnek has been criticised over a visit to a school in Łuków to celebrate its 60th anniversary amid reports that the headmistress suggested that the youngest children, seriously disabled children and those with the lowest grades not participate in the celebrations.

“This concerns the first, second and third graders, as well as all the children from the nearby Rehabilitation Centre,” opposition-linked radio TOK FM reported.

“This includes the children with cerebral palsy and other disabilities. Some of them slobber, scream, or react with aggression. But does this really matter? They are students of our school. We love them, we bring them up and teach them. Should we exclude them only because the Minister or other officials are visiting us?”one of the school’s teachers told the station.

“Because of the pandemic, we have to do some classification. Parents with children can stay in the corridor. But in the case of children that don’t walk, who don’t understand anything or don’t hear, it is clear that there’s no point in those pupils’ taking part [in the ceremony],” the school’s mistress explained.

The pressure of the media had an immediate effect. The government’s plenipotentiary Paweł Wójcik commented on Twitter that Czarnek had nothing to do with the school’s decision to exclude some students from the celebrations, and he would ask the school authorities to make it possible for him to meet “in the first place” the pupils with severe disabilities. The ministry also attacked the pro-opposition media, accusing them of trying to gain on children’s fate by evoking political spats. (Aleksandra Krzysztoszek | EURACTIV.pl)