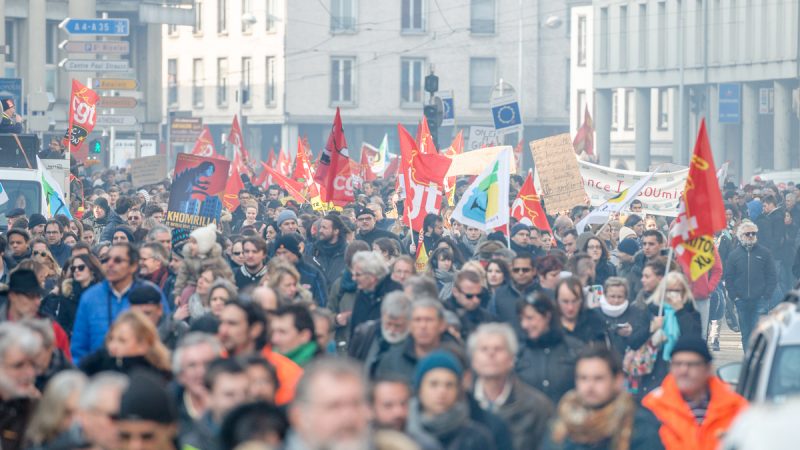 Thousands of citizens took to the streets across the country on Tuesday. [Shutterstock/ Hadrian]

Thousands of citizens took to the streets across the country on Tuesday, calling on the government to increase salaries and control prices as more people feel the pinch from the enduring health crisis, increased inflation, and rising energy prices. “We must not make employees pay the cost of the crisis”, Yves Veyrier, secretary-general of the trade union Force ouvrière, told French news channel FranceInfo.

Veyrier warned the government – which prioritises saving the economy at “whatever cost” – against paying for the cost of the pandemic by laying off staff or by putting the controversial retirement reform back on the table. The retirement reform had already generated numerous mass protests before the crisis.

Regarding mounting inflation, the rising cost of fuel, the gas price increase on 1 October and the increasing electricity prices expected during the winter, Philippe Martinez, the CGT trade union’s secretary-general, told journalists that “we need urgent answers” from the government.

Demonstrators called for higher salaries and measures to preserve their jobs while protesting against the announced retirement reforms and unemployment insurance.

In parallel, the employers’ union Umih proposed to raise salaries by 6-9% for employees working in the hard-hit hotel and restaurant sector.