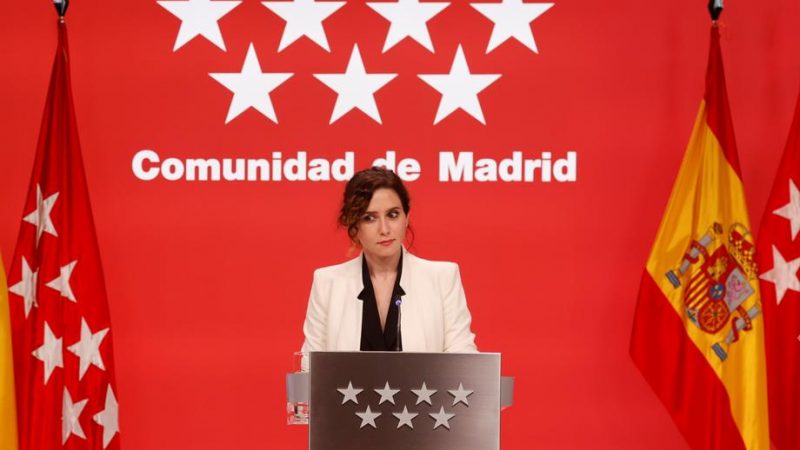 Trouble is brewing in Spain’s conservative People’s Party (PP) after two Spanish media outlets on Wednesday reported a possible case of espionage, allegedly commissioned by leaders of the centre-right party, against the brother of the regional President of Madrid, Isabel Díaz Ayuso, also a member of the PP.

The newspapers El Mundo and El Confidencial revealed on Wednesday night that Tomás Díaz Ayuso, brother of the regional president, was allegedly spied on by a detective agency investigating possible illegal commissions in exchange for public contracts for FFP2 and FFP3 masks in March-April 2020, the most acute phase of the COVID-19 pandemic, EURACTIV’s partner EFE reported.

The case has unleashed a severe political storm within the PP, Spain’s main opposition party, immersed in an internal leadership battle between Isabel Díaz Ayuso, a hard-liner who won the regional election in Madrid held in 2021, and the party’s President, Pablo Casado.

“As they have not been able to finish me off (…) they are going against the most important thing a person has, which is their family,” Díaz Ayuso commented on Thursday, EFE reported.

“I could never have imagined that the national leadership of my party would act so cruelly and unfairly against me”, Ayuso added.

The party’s Secretary-General, Teodoro García Egea, announced that an informative dossier has been opened against Díaz Ayuso for the serious accusations she has made against Pablo Casado, accusations which García Egea considered “almost criminal”, EFE reported.

At a press conference at the party’s Madrid headquarters, Egea also informed that the PP’s legal services are already studying the actions that “may arise in law” in the face of the situation.