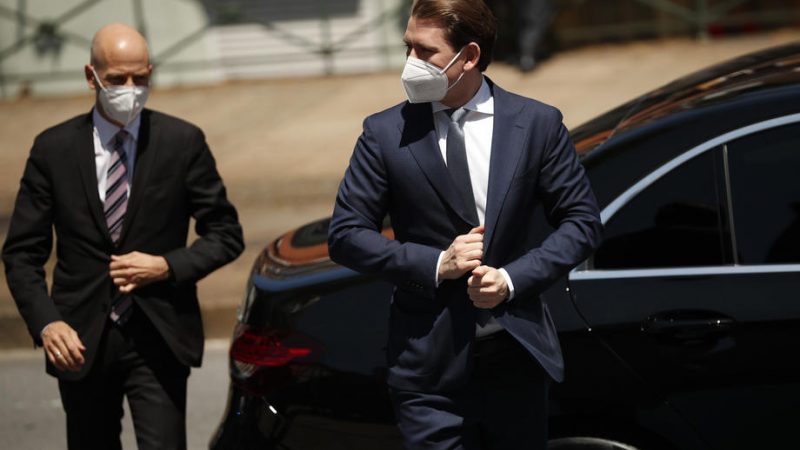 The first cracks appeared after Finance Minister Gernot Blümel was investigated by the Prosecutor’s Office for Economic Affairs and Corruption for giving political favours in return for party donations in February. [EPA-EFE/FRANCISCO SECO]

Dissatisfaction among the Greens with conservative coalition partner ÖVP is growing after the party of Chancellor Sebastian Kurz got hit by a series of political scandals which has stirred up a “circle of escalation” that could end in a snap election, one of Austria’s leading political analysts, Peter Filzmaier, told ORF in an interview.

The first cracks appeared after Finance Minister Gernot Blümel was investigated by the Prosecutor’s Office for Economic Affairs and Corruption for allegedly giving political favours in return for party donations in February.

At the time, Green leader Sigrid Maurer said that if the minister would be prosecuted in court, this would cross a “red line,” and that Blümel would have to step down in response.

However, now that the chancellor himself stands accused by the same Prosecutor’s Office, the Greens were forced to backpedal and refused to comment on what would happen if he gets prosecuted in court.

Tensions between coalition partners are likely to continue to mount as it will likely take until summer until the Prosecutor’s Office decides on whether to press charges against Kurz and another few months before a judgement on such charges is reached. (Oliver Noyan | EURACTIV.com)