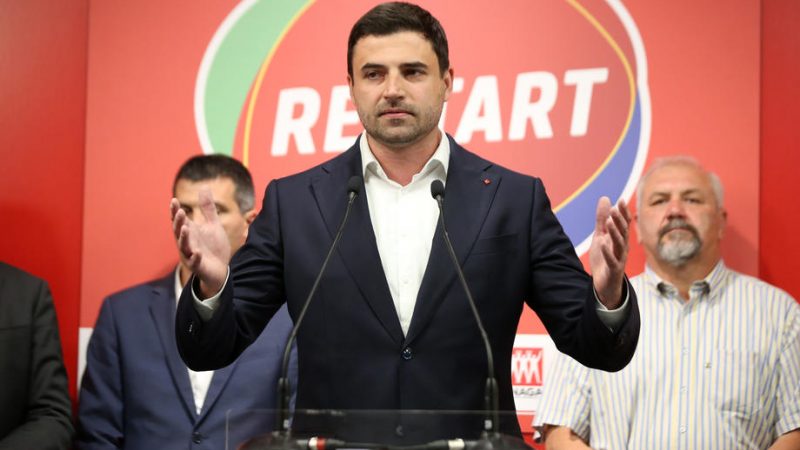 The depth of the crisis in the SDP was evident in recent local elections when SPD won only 9.8% of votes in Zagreb, one of its bastions. [EPA-EFE / DANIEL KASAP]

The Social Democratic Party (SDP) is in turmoil after the party leadership removed ex-leader Davor Bernardić and six other parliamentary deputies. Four MPs were expelled several months ago.

“They caused enormous damage to the SDP with public statements, and that came to an end today”, said Peđa Grbin, President of the SDP.

“The presidency has made a decision to disband the SDP MPs’ faction in Sabor (parliament) and to establish a new SDP faction with MPs who remain members of the Party. The SDP will continue to advocate policies that are at the very core of social democracy. The SDP as a Party has no conflict. The conflict existed only with individuals who could not accept being part of the team but were guided by their private interests”, Grbin said.

“Father, forgive them, for they don’t know what they are doing”, wrote Bernardić on Facebook.

The SDP is in crisis after it lost elections in 2015 when Zoran Milanović, now Croatian President, was at the helm. In 2016, Milanović lost again and left the SDP leadership position to be replaced by Bernardić.

Following another defeat in the 2020 elections, Grbin was elected President. But, some MPs close to Bernardić questioned his authority and policies.

The depth of the crisis in the SDP was evident in recent local elections when SPD won only 9.8% of votes in Zagreb, one of its bastions.

The split inside Sabor could lead to a formal split in the party, leaving the new green left party ‘We Can!’ as a potential alternative.