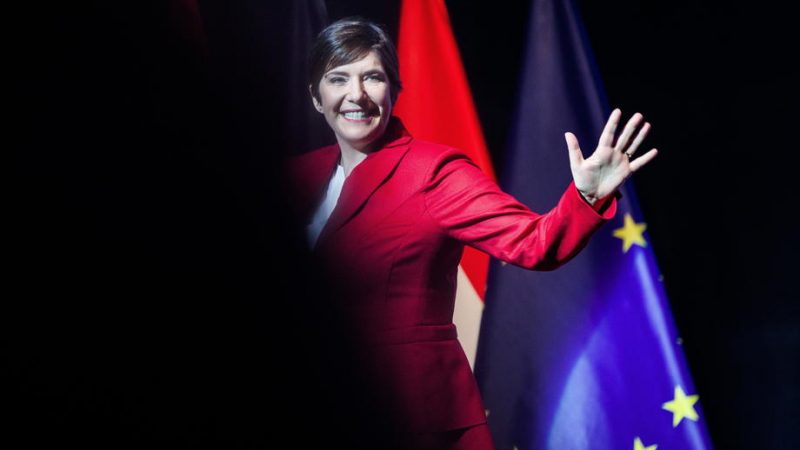 Dobrev told ATV the idea to have Karácsony and Márki-Zay’s names next to each other on the ballot paper “a confusing proposal”. [EPA-EFE / Balazs Mohal]

One of the opposition’s prime ministerial candidates has rejected the idea of a joint candidacy, leaving the capital’s Green leader Gergely Karácsony and independent conservative Péter Márki-Zay, who joined forces on Monday, no choice but to withdraw, Telex reported.

Karácsony and Márki-Zay said at the beginning of the week they would work together during opposition primaries to defeat third prime ministerial hopeful, social-democrat MEP Klára Dobrev. They then hoped to continue the alliance at next year’s parliamentary polls to defeat the ruling Fidesz party and govern together.

Dobrev told ATV the idea to have Karácsony and Márki-Zay’s names next to each other on the ballot paper “a confusing proposal”. The Democratic Coalition’ (DK) candidate for prime minister, who won the first round of opposition primaries last week, rejected the idea, saying that “you can’t make this up, that they will stand for election in tandem, as you go along”.

As the DK can veto the new alliance’s request in the election committee, Karácsony and Márki-Zay have no other option but to withdraw in favour of each other.

Karácsony told Telex after his campaign event on Sunday that the only way he would withdraw would be if he was hit by a tram.

Péter Márki-Zay told ATV Tuesday night that if he cannot convince Karácsony to step down, he will do it himself.

At a rally a few hours later, Márki-Zay said he could appeal to the most people but was ready to step aside if Karácsony made candidacy a vanity issue. In other words, Márki-Zay is expected to withdraw within hours or days in favour of Karácsony but will unofficially participate in the second round of the primaries as deputy prime minister candidate.

The second round of the primaries will run from 10 October to 16 October. A (preliminary) result is expected to be announced on 17 October which will determine Viktor Orbán’s opposition challenger in spring 2022.