Doctor in Bulgaria attacked by anti-vaxxer 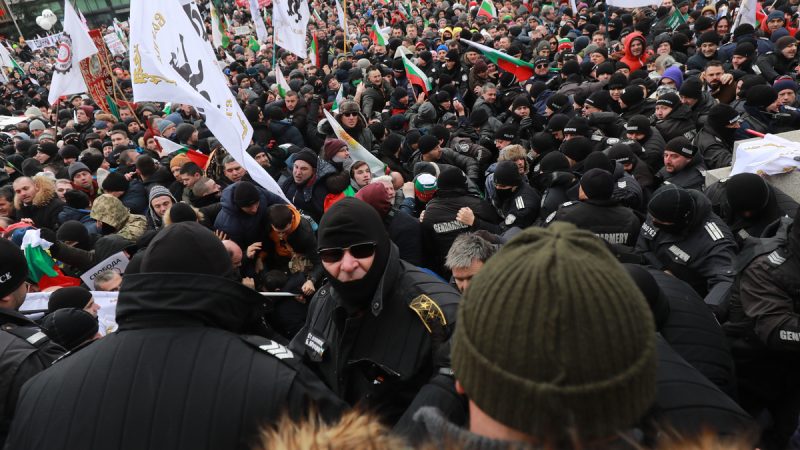 Police officers resist people during a protest against the green certificate and COVID-19 vaccination in front of the Bulgarian Parliament in Sofia. [Shutterstock / GEORGID]

A doctor was attacked on 17 January in a Bulgarian village over a COVID vaccine. One of the attackers was a wouldbe politician, who had been in prison for drug trafficking and participated in the anti-vax protest in front of the parliament last week.

Ventsislav Angelov, known as ‘Ventsi the Chicago’, attacked a GP in a village near the city of Ruse. He was accompanied by the wife of a man who is said to have died after vaccination. The assault in the doctor’s office was broadcast live on Facebook. Angelov is the administrator of groups on the social network where disinformation about vaccines is spread.

Angelov has since been arrested.

In 2016, during the local elections, Angelov was a candidate for mayor despite having a conviction for drug trafficking. The final sentence of three and a half years in prison was handed down a week after the start of the election campaign. However, Angelov managed to escape but was detained in Germany and extradited to serve his sentence in 2018. In 2019, the court decided to release Angelov ahead of schedule.

Only a day after Angelov’s attack, there was another attack at the COVID department of the University Hospital “Medica” in Ruse. Two men and a woman broke into the COVID ward, where their relative was hospitalised. One of the men threatened to kill doctors and medical staff, the Interior Ministry said. He was detained for 24 hours.

As of Tuesday, the region of Ruse has the highest occupancy of intensive care beds for patients with COVID-19 in the country – 75.8%.

Meanwhile, the Ministry of Health issued a statement that there is not a single case of a proven causal link between the COVID-19 vaccination and death in Bulgaria.