Dodik: US Embassy working towards turning BiH into a ‘Muslim state’ 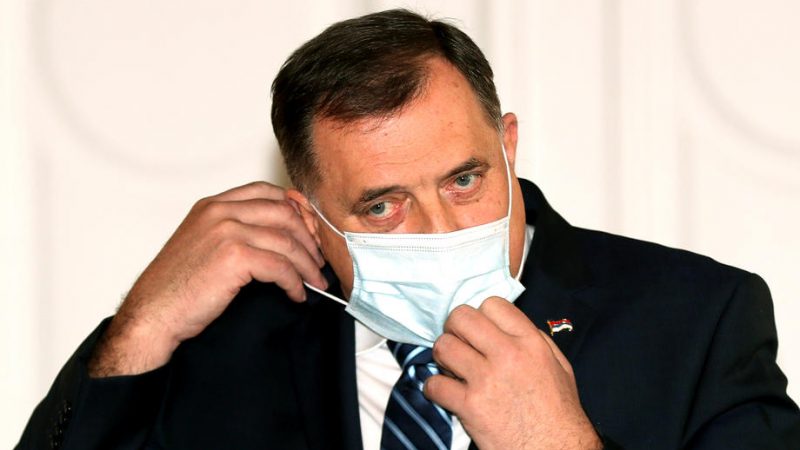 Dodik said the allegations against him regarding a loan result from efforts by “foreign embassies”. [EPA-EFE / FEHIM DEMIR]

TheUS Embassy in Sarajevo is the “epicentre of instability” in the country and is working towards turning BiH into a “Muslim state”, said Serb Presidency member Milorad Dodik.

This comes after Gabriel Escobar, US Deputy Assistant Secretary overseeing policy towards the countries of the Western Balkans, visited Sarajevo and held separate meetings with Bosniak and, reportedly, Croat members of the BiH Presidency, Šefik Džaferović and Željko Komšić.

“Throughout this time of them acting here, they are pushing the Muslim project of BiH, falsely presenting that they are allegedly creating a ‘functional state’, and in essence, they are working for Muslims and the creation of their Muslim state,” Dodik stressed.