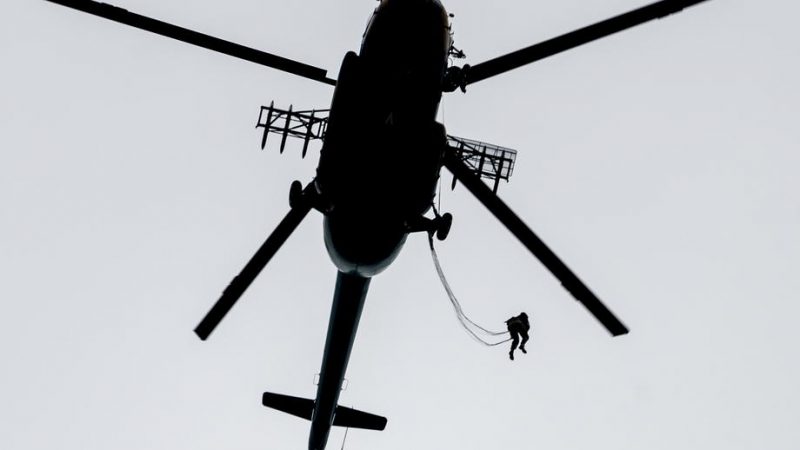 During the riots in Cetinje, 14 people were arrested, including President Milo Đukanović's security advisor, Veselin Veljović, former head of police, who had confronted the riot police, according to some video recordings. [SANDOR UJVARI (EPA/EFE)]

The enthronement of Joanikije II at a monastery in the town of Cetinje has stirred divisions within Montenegro over ties with neighbouring Serbia. Montenegro left its union with Serbia in 2006, but its church remained under the Serbian church.

Police used gas to disperse hundreds of protesters, some of whom threw rocks, bottles and firecrackers as church figures arrived by helicopter. Some people burned tires and sat on roads.

During the riots in Cetinje, 14 people were arrested, including Đukanović’s security advisor, Veselin Veljović.

Đukanović, who opposes the enthronement, accused police of excessive force. “Today we witnessed the embarrassment of both the Church and the government,” Đukanović said on TV.

The embassies of Germany, Italy, France, Britain, the United States and the European Union condemned violence around the enthronement of Joanikije II, who is known as the Metropolitan of Montenegro and Archbishop of Cetinje.

A third of 620,000 residents in Montenegro consider themselves Serbs, and some Serb nationalists negate the Montenegrin identity.

Serbs reportedly participated in a failed coup to overthrow the government in Podgoritsa in 2016.