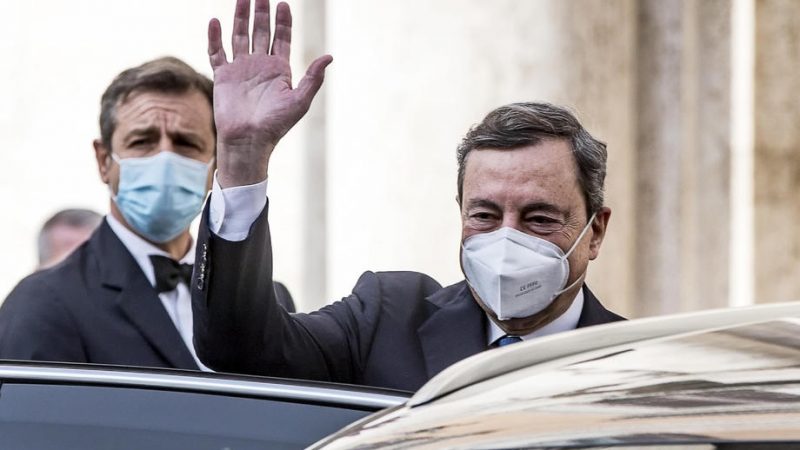 I am “confident that unity will emerge from the confrontation with parties and parliamentary groups, and from a dialogue with social forces; and with it the ability to give a positive response to the appeal of the president of Republic, Draghi said in a short speech at the end of his conversation with Mattarella.

“It is a difficult time” for Italy, Draghi continued, explaining that “overcoming the pandemic, completing the vaccination campaign, offering answers to citizens’ problems, relaunching the country, are the challenges that face us.” “We have the extraordinary resources of the EU at our disposal, we have the opportunity to do a lot for our country,” he added.

On Thursday afternoon, Draghi will begin consultations with the parties in parliament. The political parties that have so far confirmed their backing include the centre-left Democratic Party, Matteo Renzi’s party Italia Viva, and Silvio Berlusconi’s right-wing party Forza Italia.

While European Commission vice-president Margaritis Schinas commented on Draghi’s appointment on Wednesday, saying he “is admired here in Brussels and beyond”, former Economic Affairs Commissioner Pierre Moscovici tweeted that Draghi “could be the right man for Italy in 2021”, “just as he has been the right man for the Euro in 2012”.