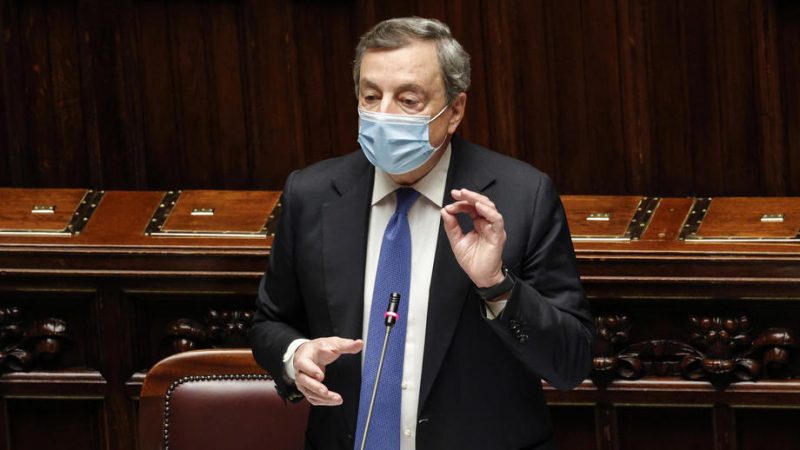 “It’s difficult to give up gas immediately for many countries, but the clear point of arrival has to be renewables,” Draghi said. [EPA-EFE / GIUSEPPE LAMI]

Following a two-day EU summit, Italian prime minister Mario Draghi made his position clear on how he thinks the ongoing energy crisis should be tackled on a European level.

With uneven gas storage levels across the continent causing concern, Draghi said that to “protect all EU countries equally” it’s necessary to “immediately start working on hypotheses for an integrated storage of strategic stocks and make an inventory of the various reserves available in different countries”.

“In the long term, we must focus on a renewables strategy”, Draghi added. In the past few weeks, he has emphasised the need for structural and sustainable changes to respond to the crisis. “It’s difficult to give up gas immediately for many countries, but the clear point of arrival has to be renewables,” Draghi said.

Touching on the idea of including nuclear power among non-polluting energy sources that can be used in the decarbonisation process, Draghi mentioned that the European Commission would propose the issue in December.

“It depends on what kind of nuclear energy we’re speaking of, but it will take a long time in any case”, he said.

Italy does not have any functioning nuclear plants after Italians voted against them in 2011, but the topic has re-emerged in the national debate.

“I’m not a fan of nuclear energy, but I don’t condemn it either”, Ecological Transition minister Roberto Cingolani said on Saturday.