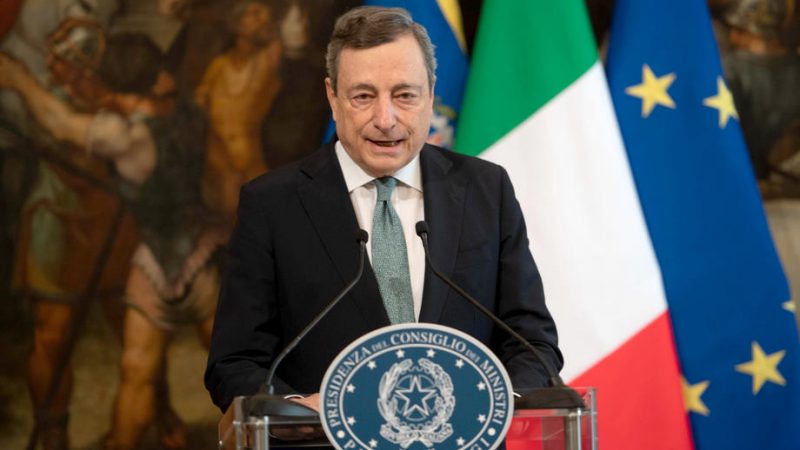 “The cruelty of the massacres of unarmed civilians is appalling and unbearable. The Russian authorities must immediately cease hostilities, stop the violence against civilians, and be held accountable for what has happened. Italy condemns these horrors in the strongest possible terms and expresses its full solidarity with Ukraine and its citizens”, Draghi said. [EPA-EFE/MAURIZIO BRAMBATTI]

Close to 24,000 refugees have so far arrived in Italy from Ukraine following Russia’s invasion of the country, Prime Minister Mario Draghi said Wednesday, adding that numbers are expected to increase.

As countries prepare for millions of Ukrainian refugees who will likely flee the Russian invasion of their country, 20,000 have already entered Italy as of Wednesday (8 March), Draghi told the lower house.

“Refugees can be received in all the facilities provided for migrants” even without applying for protection, said Draghi. “Ukrainian citizens can count on health, social, psychological and legal assistance as well as on Italian language courses” in so-called ‘first reception centres, the PM added.

Refugees are granted the “possibility to work only with a residence permit as an exception to the entry quotas of the flux decree previously established and to work in a self-employed, subordinate and seasonal capacity”.

Draghi also thanked the opposition “for the constructive spirit and the unity they are all showing in handling this crisis”.