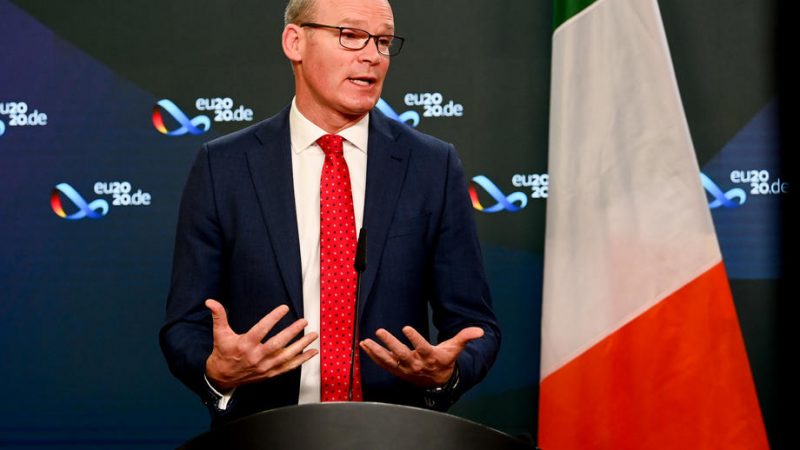 “Unilaterally changing how Protocol is implemented is a breach of Agreement. We need to get back to UK/EU cooperation, working with business in NI and focusing on solving problems together,” Coveney added. [EPA-EFE/FILIP SINGER]

The European Commission has formally taken legal action against the UK over their unilateral decision to extend the Brexit grace period on the border checks between Northern Ireland and the UK, to which Irish Foreign Minister Simon Coveney tweeted that “legal action is not a welcome development, but the approach of the UK government has given the EU no alternative.”

“Unilaterally changing how Protocol is implemented is a breach of Agreement. We need to get back to UK/EU cooperation, working with business in NI and focusing on solving problems together,” Coveney added.

In a letter addressed to UK Brexit negotiator David Frost, Commission Vice-President Maroš Šefčovič accused the UK of not implementing the measures agreed by both sides.

“The UK has resorted to this unilateral action without any discussion or consultation with the EU side in the bodies established by the [Withdrawal] Agreement. It has therefore acted in breach of the mutual trust and spirit of cooperation that we managed to rebuild in the last months of 2020, after the uncertainty created by the UK Internal Market Bill,” Šefčovic wrote in the letter.

“The recent measures once again set the UK on a path of a deliberate breach of its international law obligations and the duty of good faith that should prevail in the application of international agreements pursuant to Article 26 of the Vienna Convention on the Law of Treaties,” he added.

The Commission’s letter is one of two moves by the European Commission, the second being a letter of official notice of an “infringement” procedure against the UK.

For more insight, read the op-ed “Time for Boris to stop ‘passing the buck’” by Dick Roche.