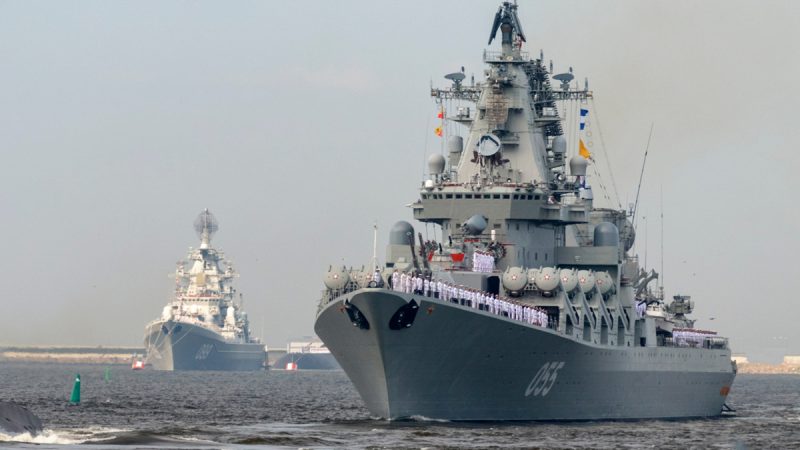 Ireland will continue to discuss the issue with Russia over the coming days, he said, and will also raise it with other EU foreign ministers. [Shutterstock / OSDG]

Dublin has voiced concern over Russian naval exercises set to be held off the coast of Ireland next month.

The government has been notified of the Russian navy and air force’s plans to conduct the exercises around 240 kilometres off Ireland’s southwest coast in early February, Irish media reported on Saturday (22 January).

The news was confirmed by Foreign Minister Simon Coveney the following day, specifying that the drills are due to be conducted within Ireland’s exclusive economic zone (EEZ), but not in the country’s territorial waters.

This is legal under international law, Coveney said, adding however that “the Department of Foreign Affairs has raised a number of concerns with the Russian authorities” in light of current security tensions in Europe, referring to fears of a Russian invasion of Ukraine.

Ireland will continue to discuss the issue with Russia over the coming days, he said, and will also raise it with other EU foreign ministers, who gathered in Brussels on Monday to discuss the situation on the Ukrainian border.

“We don’t have the power to prevent this happening” because the exercises would be occurring outside in international waters, said Coveney ahead of the meeting, adding, however, that he “made it clear to the Russian ambassador in Ireland that it’s not welcome.”

“Russia, under International Law of the Sea, can of course undertake military exercises in international water, but the fact that they’re choosing to do it on the western borders of the EU, off the Irish coast, is something that in our view is simply not welcome and not wanted right now, particularly in the coming weeks”, he also said.