Đukanović: Vučić would like Kosovo without Albanians and Montenegro without Montenegrins 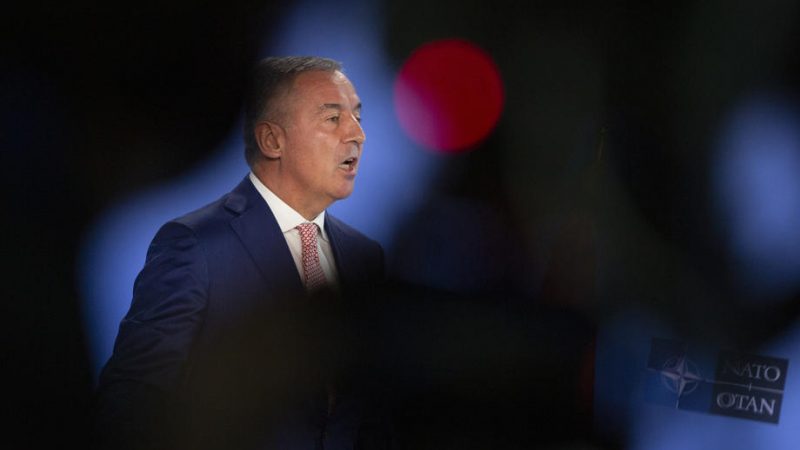 “The reason is simple: without Montenegro in the “Serbian world”, the project of a Greater Serbia is forever dead. And we will make sure that is the case.” [EPA-EFE/ VIRGINIA MAYO]

In an interview with EURACTIV’s partner Jutarnji list, Montenegrin President Milo Đukanović said Serbia is a political, security and information base for the realisation of Russian geopolitical interests in the Balkans. According to him, Serbia believes it is time for a new attempt to redraw the borders in the Balkans, and Russia to send a message to NATO, the EU and countries in the region.

“Violent Greater Serbia nationalism, situated at the very seat of Serbia’s state policy, brazenly tries to impose the image of Montenegro as another Serbian state, which achieved independence by mistake and carelessness of the former Belgrade state leadership”, said Đukanović.

He accused the current coalition government, which ousted his DPS party from power in 2020, after almost 30 years in office, of being pro-Serbian and trying to bring Montenegrins “to their knees and humiliate them, to be a province preparing for life in the projected “Serbian world”, which is a euphemism for Greater Serbia”, he said.

“The Serbian world” is a phrase Serbian politicians have recently been using in describing the need to protect the rights of Serbs who are living outside their homeland.

Đukanović explained that the first step in this strategy is problematising the Montenegrin identity – if there are no Montenegrins, there is no need for an independent Montenegro, he said.

“The reason is simple: without Montenegro in the “Serbian world”, the project of a Greater Serbia is forever dead. And we will make sure that is the case.”

Đukanović said he believed that Serbian President Aleksandar Vučić, whom he sees as the leader of the “Serbian world policy”, has the ambition to “surpass [Slobodan] Milošević and achieve all that Milošević did not succeed” in achieving.

He warned that peace and stability in the region are in as much danger as they were in the 1990s.