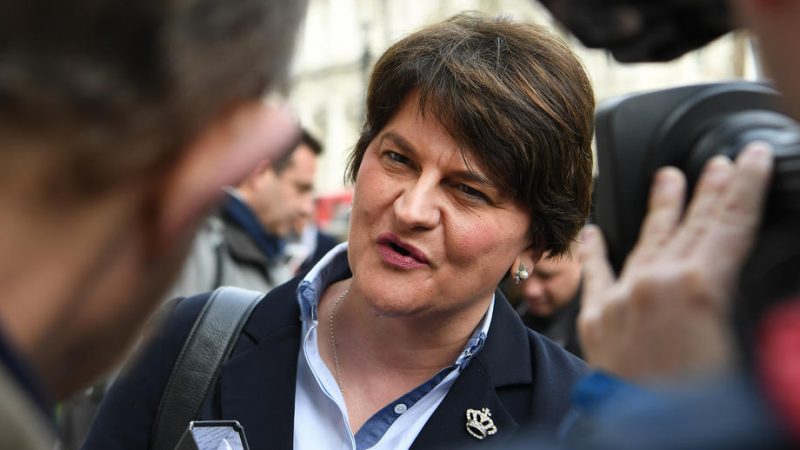 The resignation comes after mounting tensions in her party over Foster’s handling of the Northern Ireland protocol. It is believed 22 of the DUP’s 27 MLAs (members of the legislative assembly) and four MPs signed a letter of no-confidence against Foster and the party leadership.

Having given strong support to UK Prime Minister Boris Johnson over Brexit, Foster has been blindsided by the Northern Ireland protocol negotiated by Johnson, which imposes customs checks on goods travelling from Britain to the province, and has prompted fury among the Unionist community.

The pro-British Unionists fear that the Protocol has weakened Northern Ireland’s status in the UK. The DUP is now campaigning for the abolition of the Protocol.

Foster stated that it has been the “privilege of her life” to serve the people of Northern Ireland.

“My election as leader of the Democratic Unionist Party broke a glass ceiling and I am glad to have inspired other women to enter politics and spurred them on to take up elected office,” Foster said.

“I understand the misogynistic criticisms that female public figures have to take and sadly it’s the same for all women in public life. I want to encourage you to keep going and don’t let the online lynch mobs get you down,” she added.

A new leader of the party will be elected in the coming weeks.